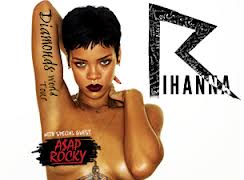 First let me start off by saying I am a huge Rihanna fan and I think she is currently one of the most successful artists in the music industry. Almost all of her singles are hits and I can hardly turn on the radio without hearing one of her songs. Rihanna has tapped into many genres of music and has adapted  her style so many times I never know what she will look like from day to day.

Getting tickets for the Diamonds Tour was no easy feat. My sister got them as a gift for me and she was kicked out of Ticketmaster several times before she could get the tickets. Both of Rihanna’s Diamonds Tour concerts in Toronto were sold out within minutes.

The seats we got were not the best but they were the best available seats we could get online after battling hoards of other fans who were trying to get any seats they could. My photos are not great because we were too far away to get any good shots of Rihanna and the stage. 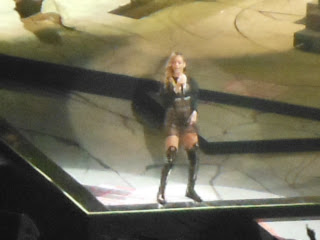 The experience:
Personally I think if you are going to see a live performance then you should feel like you are a part of the concert. You should be able to see the performer clearly and see everything that is going on, onstage. Our seats did not permit me to even make out Rihanna’s face and I couldn't get a clear view of what she was wearing or see any of her stellar dance moves. To get a clear view of her I had to look up at the Air Canada Center’s rather small unimpressive screen to see what was going on. If I wanted to watch Rihanna on a poor quality screen I could have done so from somewhere else. I just don’t think it is worth the money if you can’t really see the performer because that is the whole point of a live performance. Our seats were not even the highest or the worst! So I have no idea what the people in the high balcony seats saw.

Despite the seats the concert was fun, the vibe was amazing and her fans were adoring and energetic. My sister and I had a great time together enjoying the atmosphere downtown, the energy of the crowd and the music. 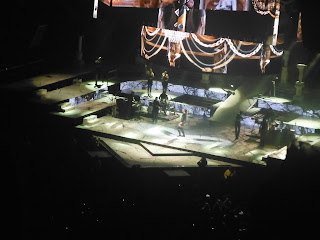 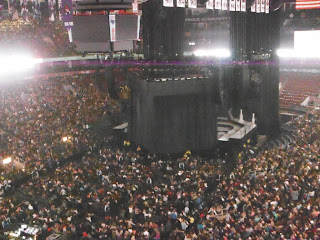 The venue and sound:
I have been to concerts at the ACC before and I have to say I am not impressed. The stage is angled awkwardly which results in a very small and unimpressive performing platform. Even When I saw Usher perform here it was the same dinky stage and unfortunately the small stage means a less exciting show. Aside from a few dancers, some fire shooting up a few times from the stage and some blinding lights there were no other special effects. I expected more but this does not mean that Rihanna did not try her hardest to perform with what she had available.

The sound was terrible! It was unnecessarily loud. I know that concerts are supposed to be loud but the sound was loud to the point where the instrumentals sounded like screaming and screeching in my ear. I left a little deafened, but that wore away the next day. Rihanna sang pretty well for someone who had laryngitis and the poor sound quality and acoustics had nothing to do with her but rather the sound technicians poor judgement.

Rihanna:
Only Rihanna can walk out on stage with half her head shaved and still look beautiful. Although she was hours late and she was recovering from laryngitis she came out and gave it her all. She danced and sang along with her tracks I’d estimate about 60% of the time but she sang the slower songs in their entirety.
All her songs were great because all her songs are hits so there were no boring moments. She tried to engage the crowd and even jumped into the audience to hug, kiss and dance with her fixated followers.  She is a good performer and a talented and creative artist.