View From the Top, The Tallest Building in the World

I have a fear of falling; it isn't really heights that bother me so much, even though being up in the clouds is unsettling. It is more the thought and prospect of plummeting to my death that I have a problem with.

Today we went up to the observation deck in the Burj Khalifa which is the tallest building in the world. The building itself is beautiful to look at, slender, sleek and futuristic as it towers well above Dubai's other impressive sky scrapers.

If you lay out all the steel used to make the Khalifa it could stretch all the way from Dubai to Australia or Dubai to Los Angeles which is pretty impressive.

Here are some views from the observation deck which is not really "the view from the top" as they claim but this is as far as you can go as a visitor. 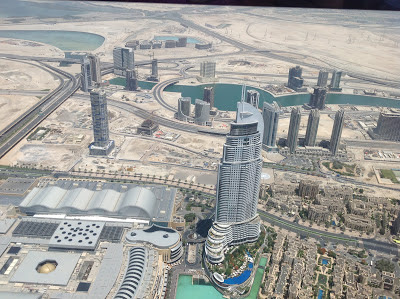 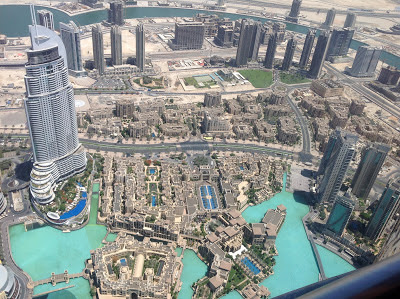 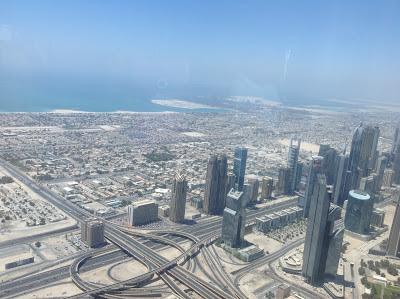 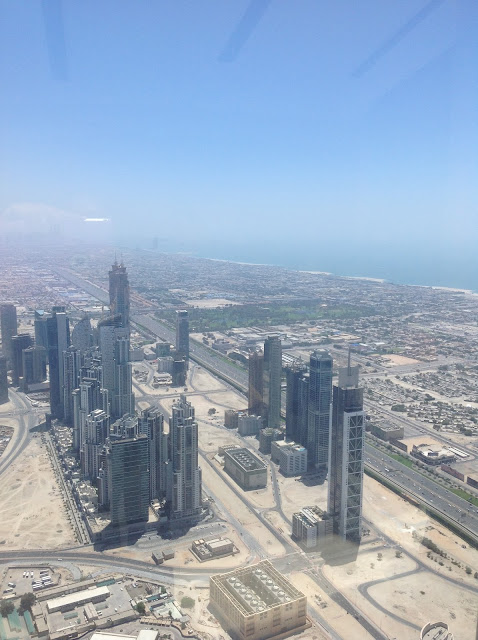 It would have been nice if the elevator had a view of the outdoors as you ascend to the observation deck but it was enclosed. It was extraordinary how fast the elevator climbed 124 floors in less that 60 seconds! your ears pop and you have no idea how high you are until the doors open and you see the impressive city below and desert landscape spread out before you.

Although the view is impressive I think the view from the top price is over the top and I would recommend booking online through the website if you don't want to pay the high price at the ticket counter. There is really nothing else up there but the observation deck and a souvenir shop.

After taking some pictures at the observation deck we stopped off at some shops in the mall and I just had to get a cupcake.
Posted by Erica D at 7:39 AM

Email ThisBlogThis!Share to TwitterShare to FacebookShare to Pinterest
Labels: The Burj Khalifa, the tallest building in the world, View from the top