Travel update....When everything that can go wrong does go wrong 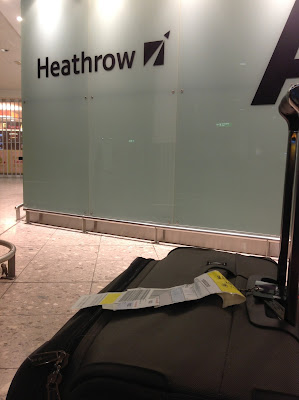 Hi everyone,
So I was supposed to be in Dubai days ago with my hubby but we ran into quite a few issues. First our connection flight through Germany was oversold and we couldn't get onto the flight. This problem was ongoing for about two days. Although I could not get a flight out of Toronto through Frankfurt my luggage was not taken off the flight and ended up in Frankfurt without me.

I had to wait 2 days to get my luggage back to Toronto, and even then they had no idea where it was. I had to have an escort take me through customs and go into the baggage terminal to locate my suitcase for myself.

We tried many different routes and many of the flights were overbooked. We finally got a flight out through London Heathrow airport only to find out that they closed our check in early for our connection into Dubai and we missed the flight. One of our bags was also left behind again!

So we had to get a reasonably priced hotel last minute when most things were booked up, we only had Canadian and American currency plus some Euros but they only take pounds here and all the exchange places were closed! But our cab driver was nice enough to make an exception and take us to our hotel.

After 5 days at the airport battling lost bags, over booked flights, jet lag and running on only a few hours of sleep we are here in London, half way to our destination. Our flight is not until tonight so we are going to try and make the most of it by doing some sightseeing today but it is FREEZING here and since this was an unplanned stop we aren’t equipped to deal with this weather.

Internet service isn’t free in most places here and I haven’t seen anything of London but the hotel and the airport so far.

I will be posting some photos soon and hopefully I can get to Dubai in once piece tonight.

I will also read comments and connect with new followers as soon as I get settled.