Cirque du Soleil is a magical journey for people of all ages and if you’re looking for something memorable to do this summer, Corteo is now playing at the Meridian Centre in St. Catherines until July 15th. I’ve enjoyed the circus with family and friends but Friday was date night and we wanted to do something extra special. Since the venue is located near the Niagara region, we kicked-off our romantic excursion with a lovely wine tasting tour followed by a delicious dinner before the show.

Cirque shows usually have a dramatic plot with complex analogies and underlying symbolism, but Corteo is quite simple. The story is about an amiable old clown who imagines his own funeral procession in a mysterious space between heaven and earth. The revolving stage comes alive with a joyous parade, vintage scenery and graceful angels soaring through the clouds in a whirlwind of excitement and wonder. 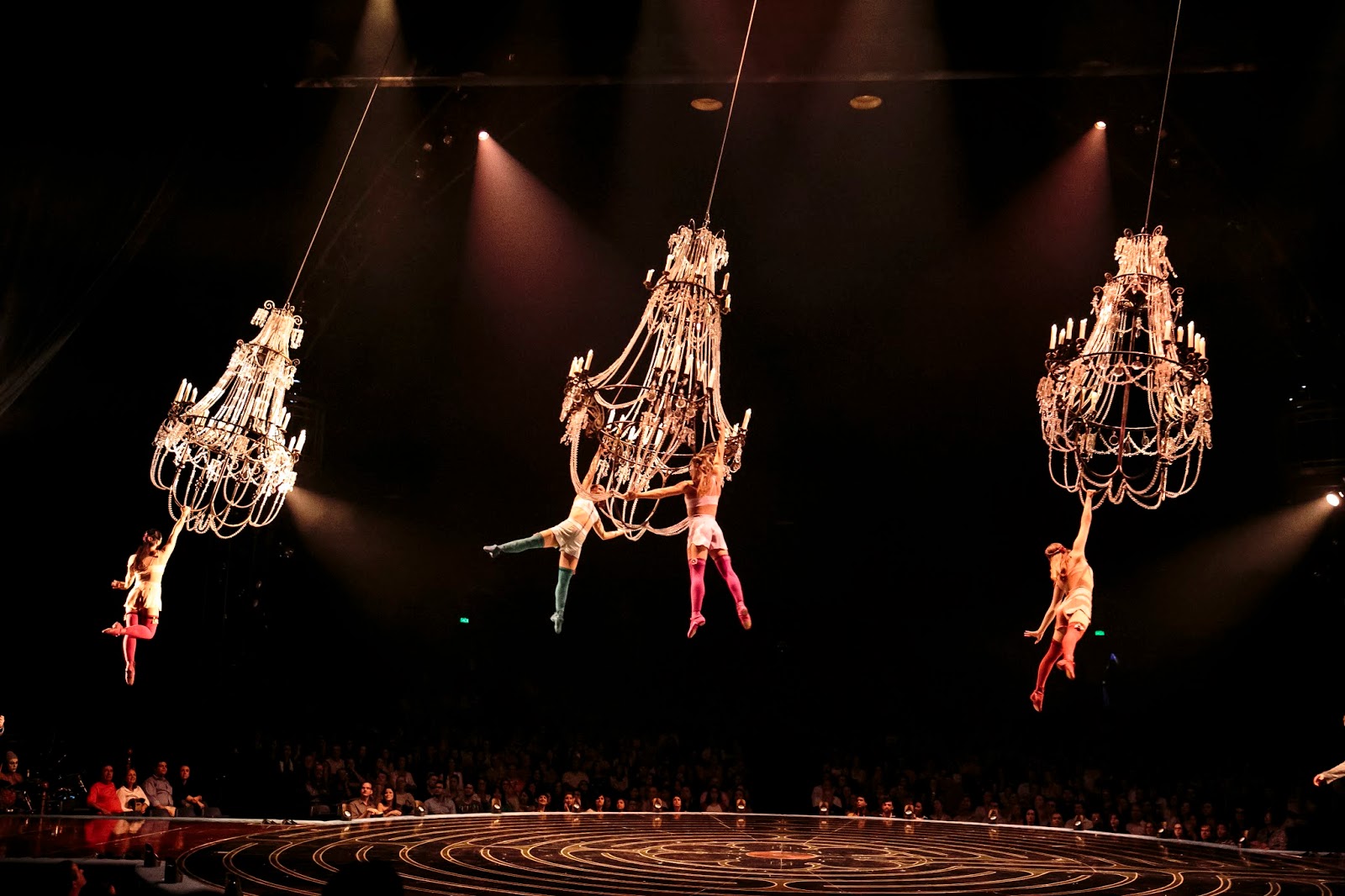 The gripping performance takes place in the middle of the arena with audience members seated on either side for optimal viewing pleasure. I liked the framing of the stage and hand-painted tapestries, they create a renaissance vibe enhanced by Victorian costumes - corsets, top hats and flowing gowns. 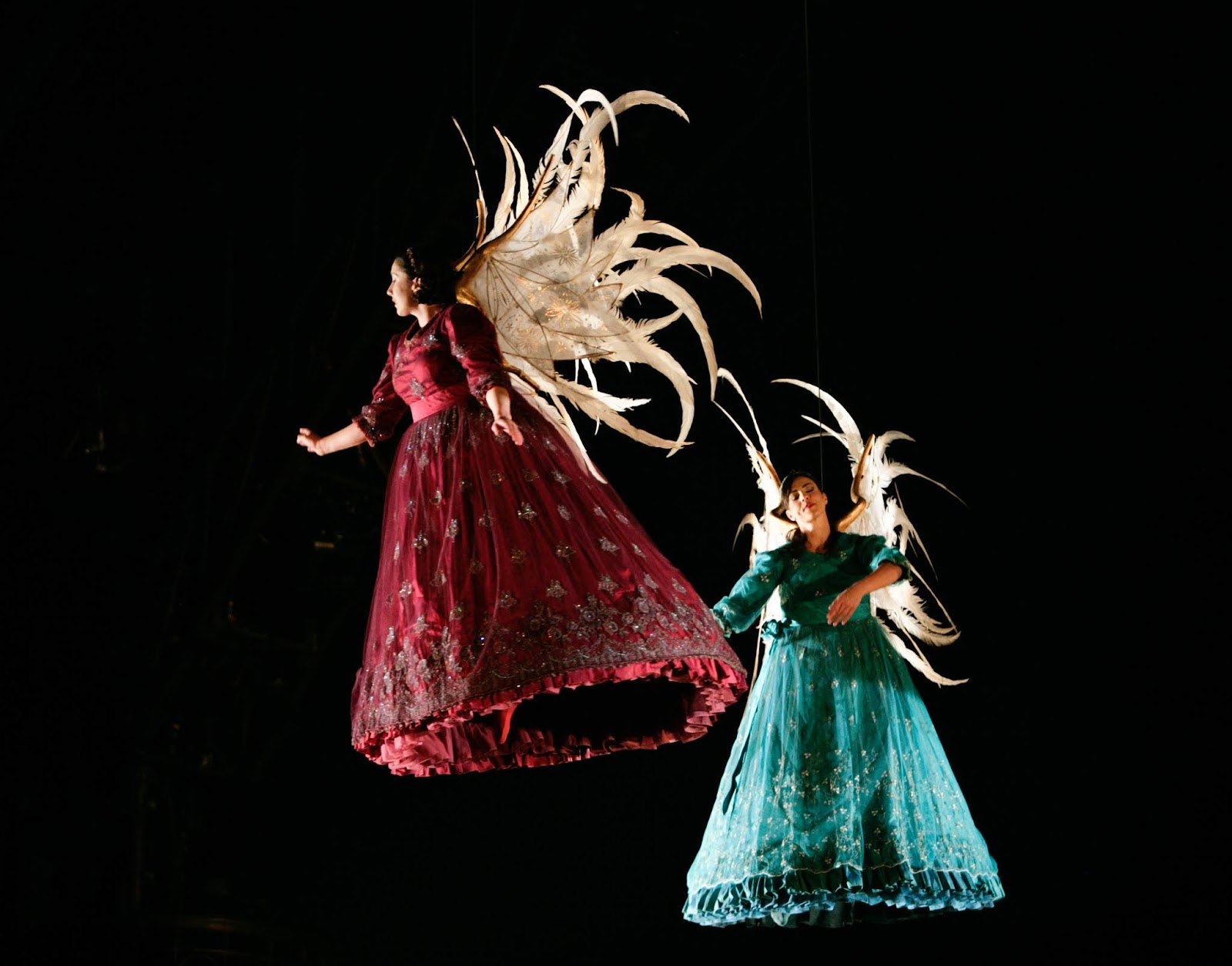 The atmosphere is enticingly surreal, like witnessing a circus within a circus accompanied by beautiful music sung in Italian, French and Spanish. Pay attention to the soulful ballads and exhilarating violin solo, they add a sense of enchantment as the women sway from elegant chandeliers amidst dreamy imagery. 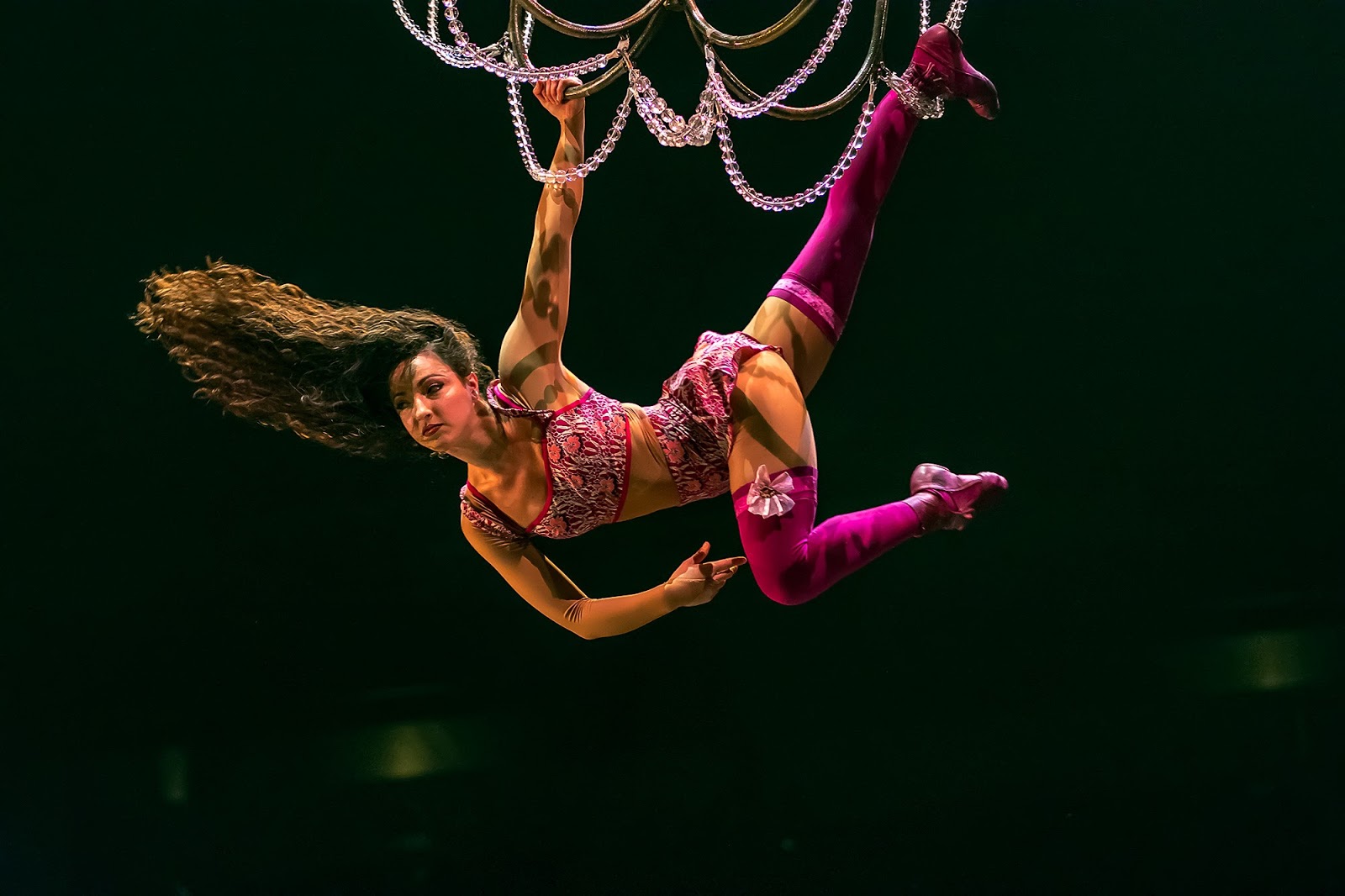 There are many mesmerizing scenes in Corteo combining everything you’d expect from a classic circus including an eclectic cast that range from incredibly petite to giant. The entire fantasy is a captivating blend of lighting, special effects, movement and intriguing acoustics that hypnotize from beginning to end. They've also replaced the drawn-out mime skits with short comedic scenes that compliment the theme with beautiful Italian dialogue.

One of the most memorable segments was the Cyr Wheel performance where 5 artists spin within giant hoops completing intricate patterns and jaw-dropping manoeuvres. The astounding feats of strength had us all on the edge of our seats. 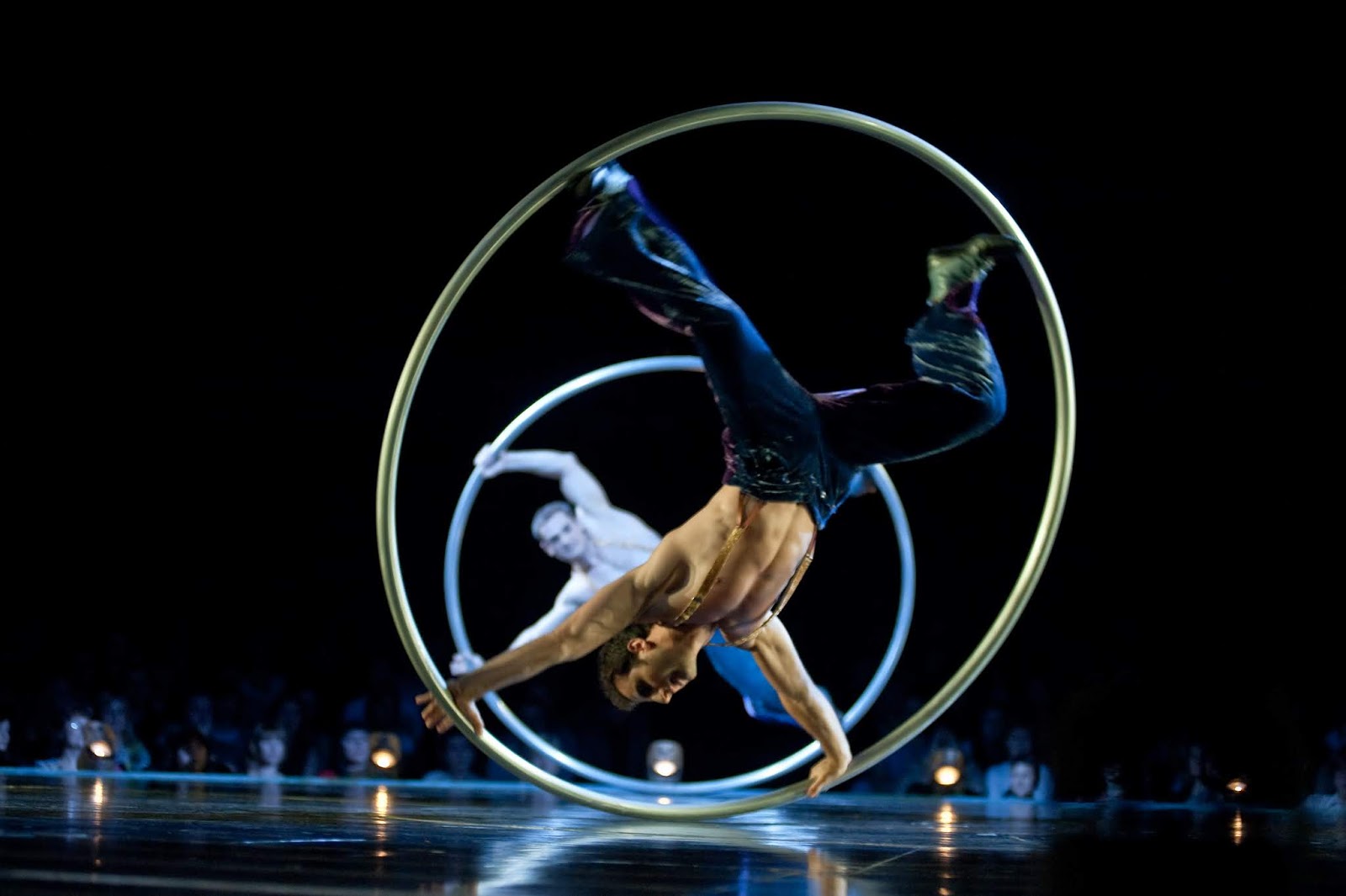 The crowd was thrilled when the tiny clowness (Valentyna Pahlevanyan) was set loose into the audience, bouncing above head while tethered to a cluster of enormous helium balloons. It was our job to push her back toward the stage so the show could go on. 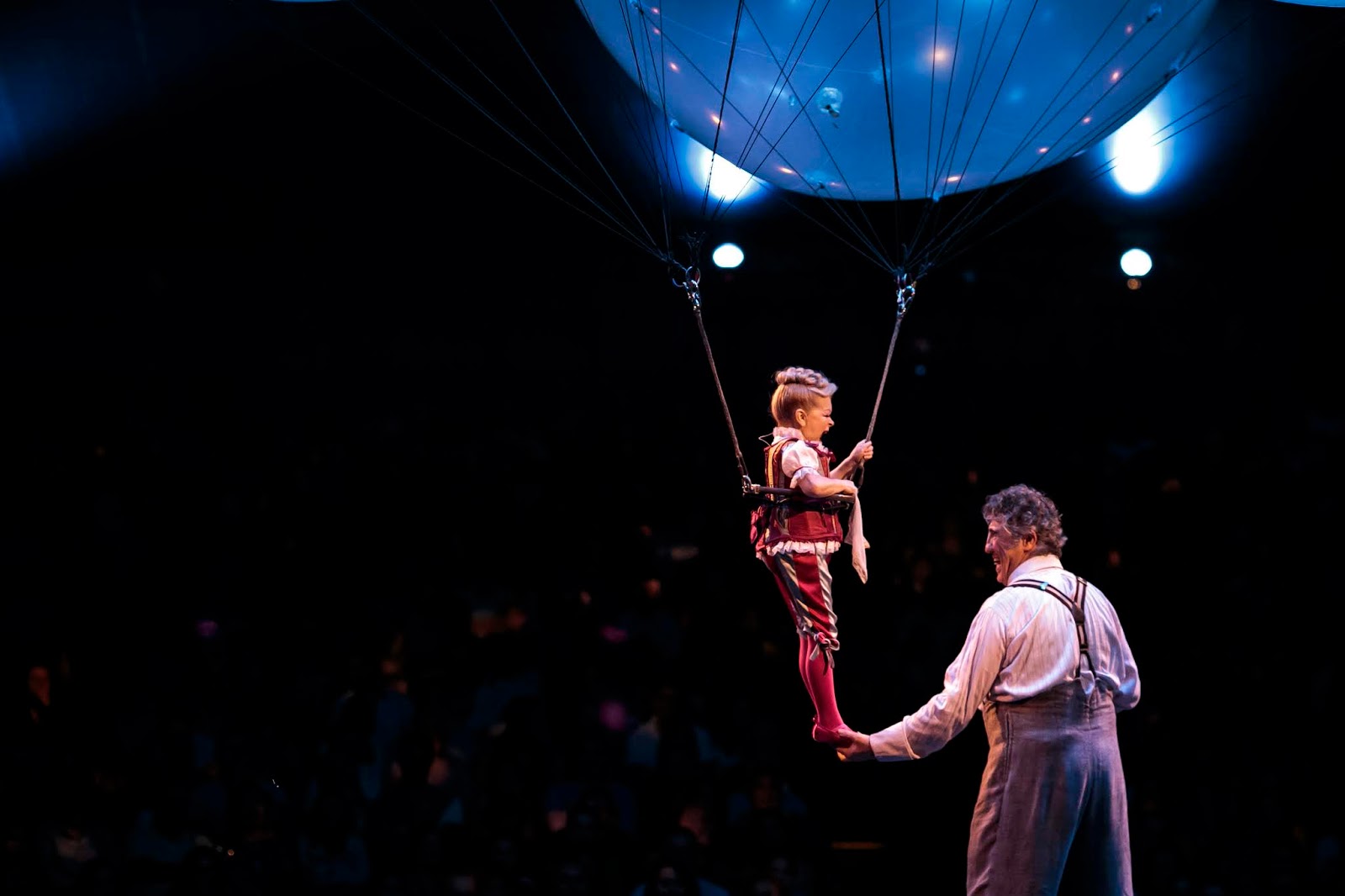 I particularly enjoyed the Paradis sequence featuring female acrobatics being tossed through the air between two podiums – very similar to trapeze. There were audible gasps from the audience as they performed amazing flips and rotations before being caught mid-air by their hands or ankles (thank goodness for safety nets). Keep your eyes peeled so you don’t miss the clown riding his bicycle through the clouds or the trippy upside down tightrope walk. 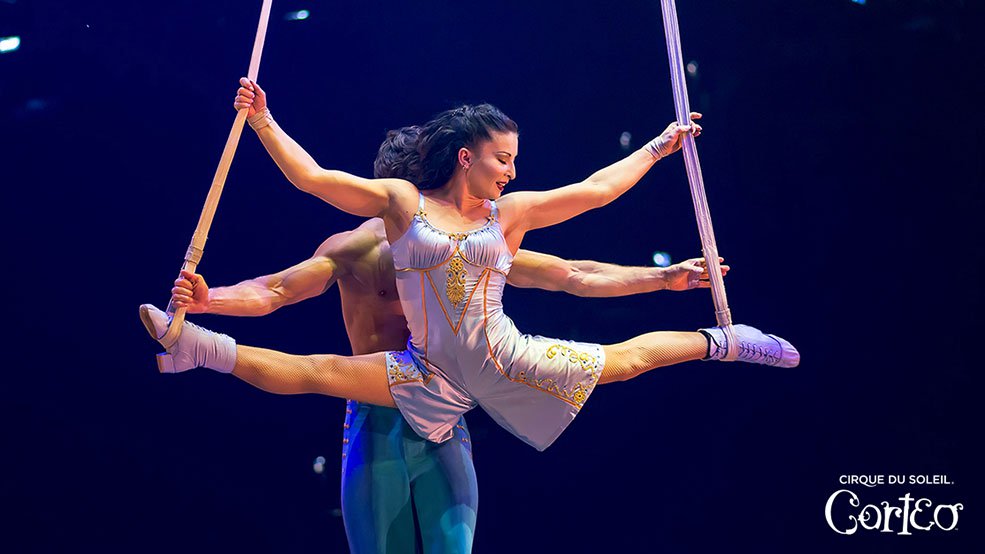 Photo: Lucas Saporiti
The bouncing beds sequence brought out the kid in all of us as artists hurled themselves off trampolines and landed on wobbly rails with superhuman agility. Another “wow” moment was the Teeterboard stunt where gymnasts bounce off a see-saw while performing miraculous somersaults before somehow landing on the very edge. The choreography is extremely difficult, requiring perfect timing, coordination and accuracy. 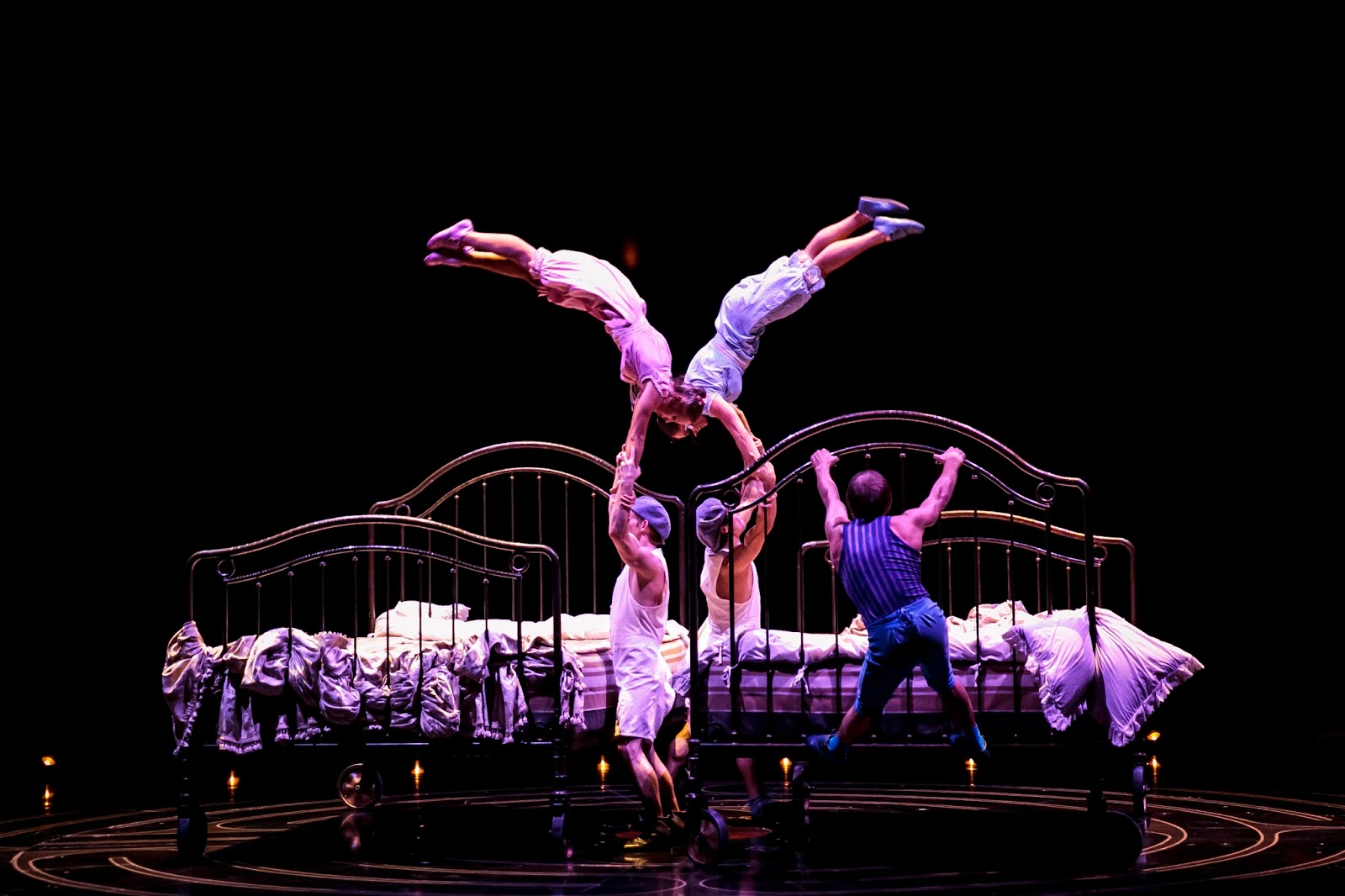 Corteo also incorporates an abundance of high-energy aerial skills and riveting theatrics but it did lag in a few areas. The Romeo and Juliet scene was confusing, chaotic and unnecessary, failing to evoke the intended humor. The juggling is also becoming a tad stale but fortunately those were the only low-points and the show continued with a hair-raising ladder act that left everyone speechless.

The story ends on a high note with no clear conclusion but it doesn’t really need one since the main character is already dead. The dark plot takes nothing away from the happy, vibrant memories reflected in the clown’s afterlife and everyone walks away with a sense of contentment. 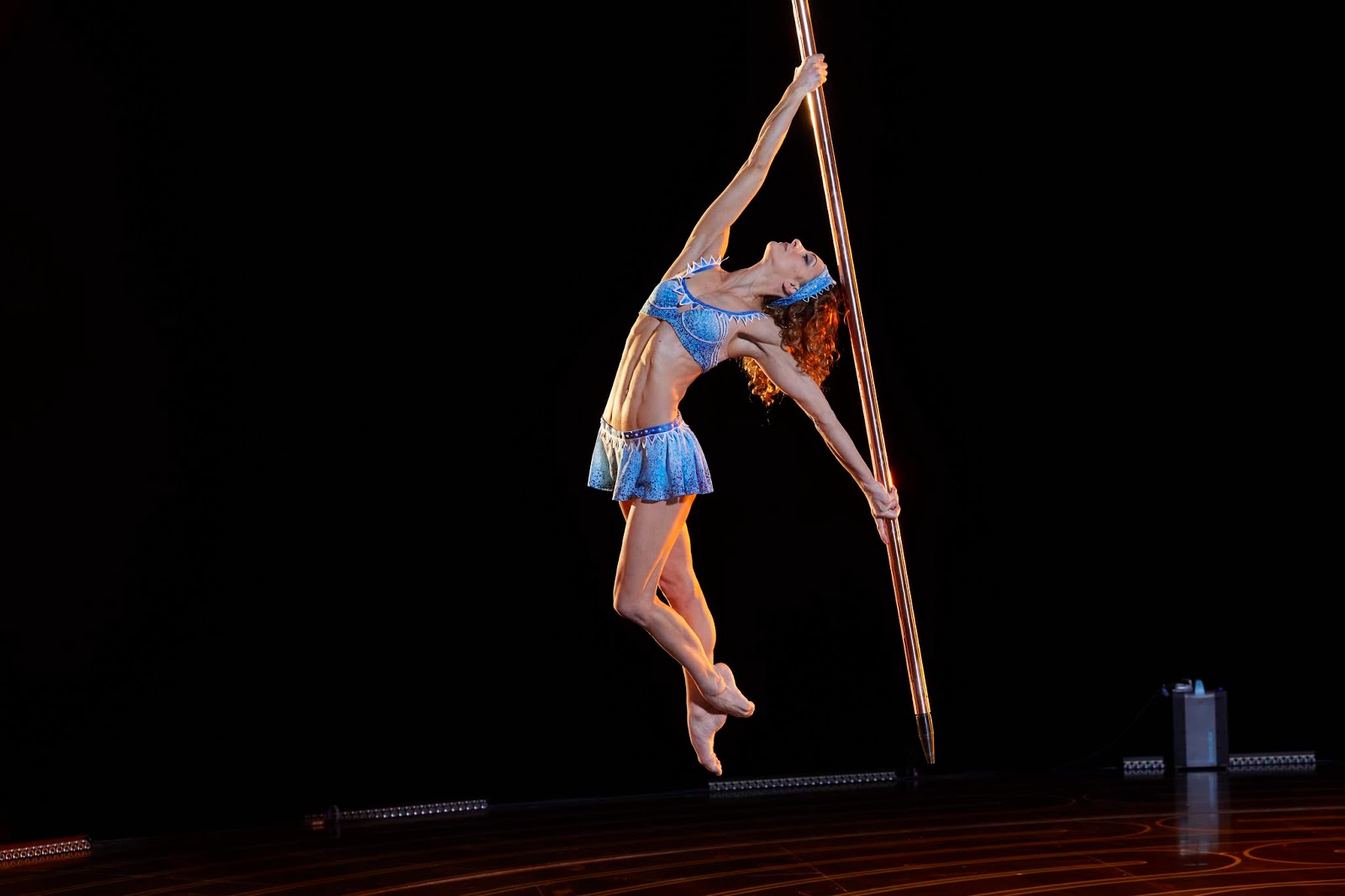 If you haven’t seen Corteo you should definitely get your tickets before they sell-out! More details are available online at cirquedusoleil.com.
Posted by Erica D at 12:12 PM