Many of my readers and followers know that I travel a lot for work and leisure. Jetting off to exciting destinations and exploring countries and cultures different from my own makes me feel truly alive! There are adventures around every corner, exotic cuisine and historical treasures to discover in fascinating architectural wonders. What amazes me most is how different daily life is for people in other parts of the world and it has made me realize how amazing and important diversity is among cultures and ethnicities. Our uniqueness as human beings is what makes travel exciting and worthwhile. Visiting other parts of the world teaches acceptance and appreciation for life. 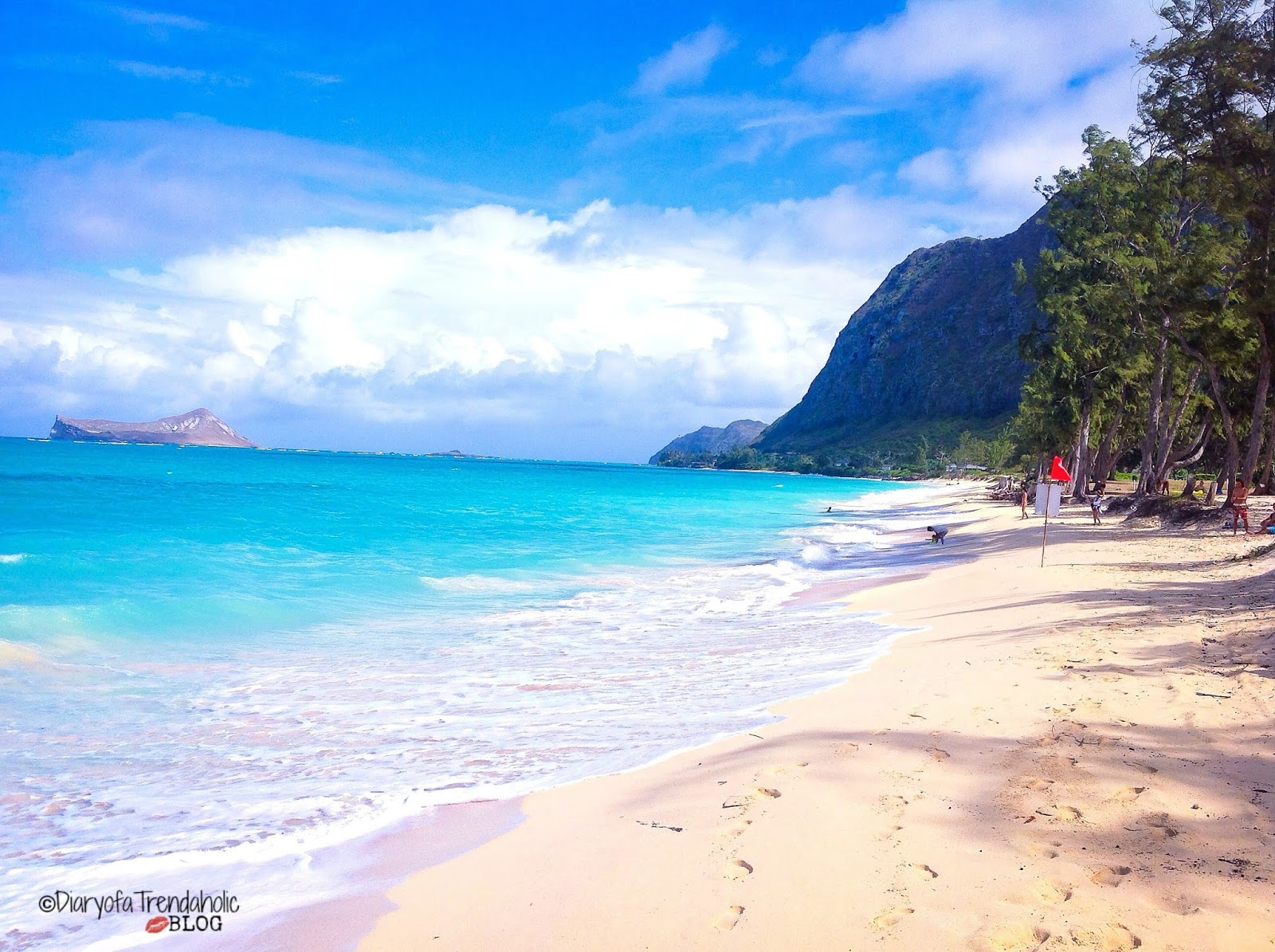 Today I will be sharing some of my top travel experiences and adventures.

1. The Sunrise at Haleakala in Maui
While vacationing in Maui my husband and I woke up early to visit Haleakala summit which rises almost 10,000 feet above sea level. Haleakala means “house of the sun” and as we drove towards the sky, the warm island heat turned to freezing wind and thin air. Watching the sun rise at the peak was like standing at top of the world. The sky blazed bright red and orange as the sun slowly rose up around the globe’s edge, illuminating the earth and warming our faces. The impressive height of our expedition was even more apparent as we drove down the mountain through the clouds looming below us.

2. Camping in the Deserts of Dubai
In Dubai I booked a 4x4 jeep tour and desert camping trip without knowing how terrifying it would be! The tour guide let air out of the car tires to gain traction on the smooth sand and we plunged into the mountainous dunes like a roller coaster, rising to the top and falling over the precipice with gut wrenching uncertainty. In some areas the dunes were so steep that we saw nothing but blue sky over vertical peaks so the guide couldn’t drive straight down without flipping the jeep. Instead he quickly turned the car and we skidded down the dune sideways! After the unnerving yet exhilarating experience we watched the sun set over the desert before stopping at a camp to ride camels and have dinner.

3. The White Water Rapids in Niagara Falls Canada
Niagara Falls is a short road trip away from Toronto and I love spending time there in the summer. When I booked the Jet Boating trip I had no idea what to expect but it was one of the most intense experiences I’ve ever had! The open top boat went speeding down the Niagara Encampment skidding over the water and hitting bumpy rapids like they were made of cement. As the boat dove into deep pits we were hit by heavy waves that completely engulfed the boat, forcing us to hold our breaths underwater until we emerged. Sometimes the water in the boat was waist high and everyone had to hold on for dear life! 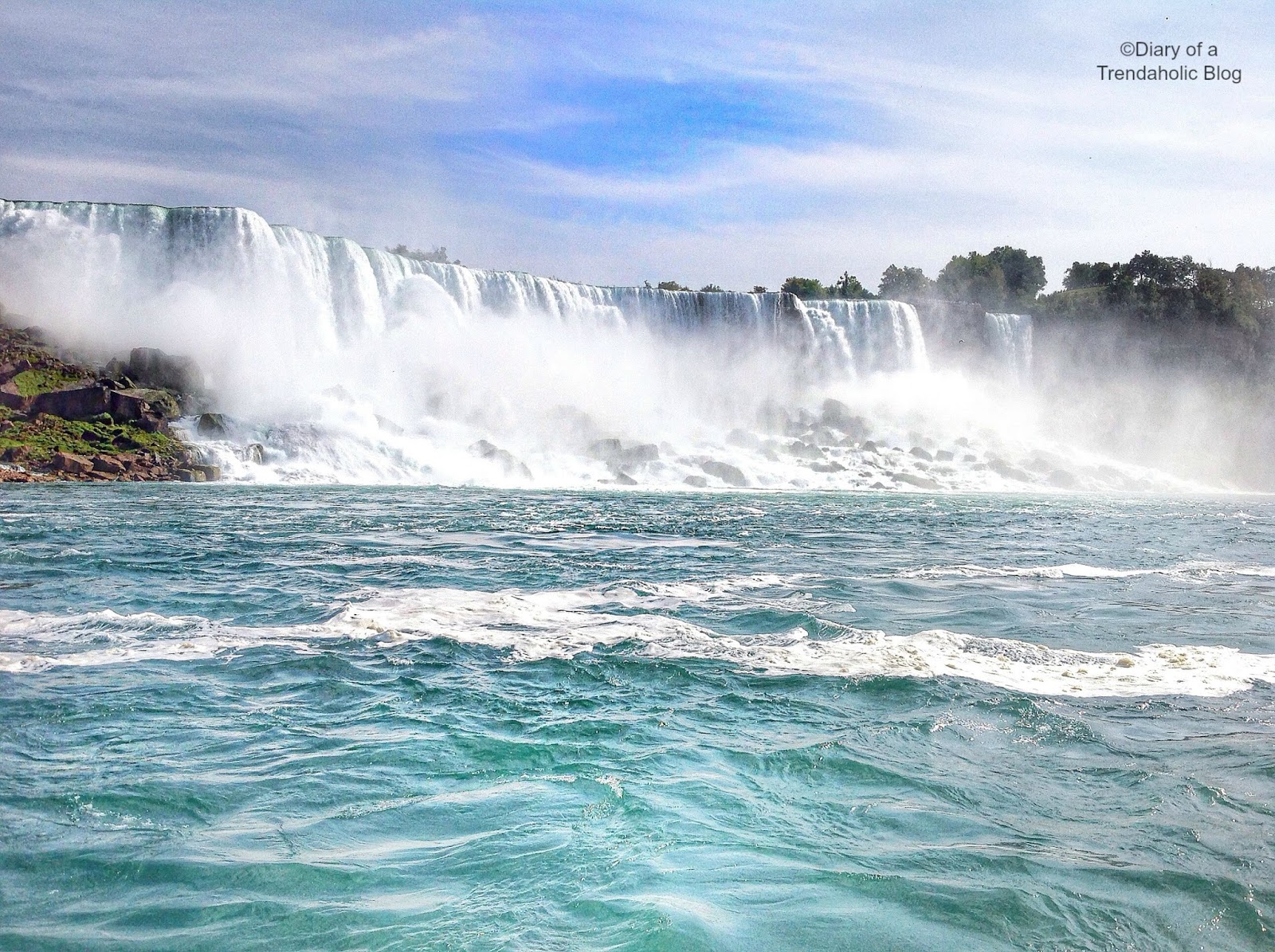 4. Whale Watching on Bay St. Catherine Quebec
Since I was a child I’ve been fascinated with marine life, particularly dolphins and whales. While vacationing in Quebec City I embarked on a tour that took me through the gorgeous Laurentian Mountains to Bay Saint Catherine. On the trip I saw a variety of whale species feeding in the water around us. It was amazing to see these majestic creatures in their natural habitat instead of some small park enclosure.

5. Private Island Tour in Exuma
Exuma Islands off the coast of Nassau Bahamas has some of the clearest water on the planet! The water is so crystal blue that you can see straight down to the ocean floor which is covered in nothing but sparkling, powdery white sand. We booked a small tour which took us to an uninhabited island paradise in the middle of what seemed like nowhere. With only 8 others we had the beach to ourselves and ample time to explore the spectacular postcard scenery. We also spent time picnicking, feeding the sharks and deep ocean snorkeling where I saw an abundance of the colourful fish and sting rays. 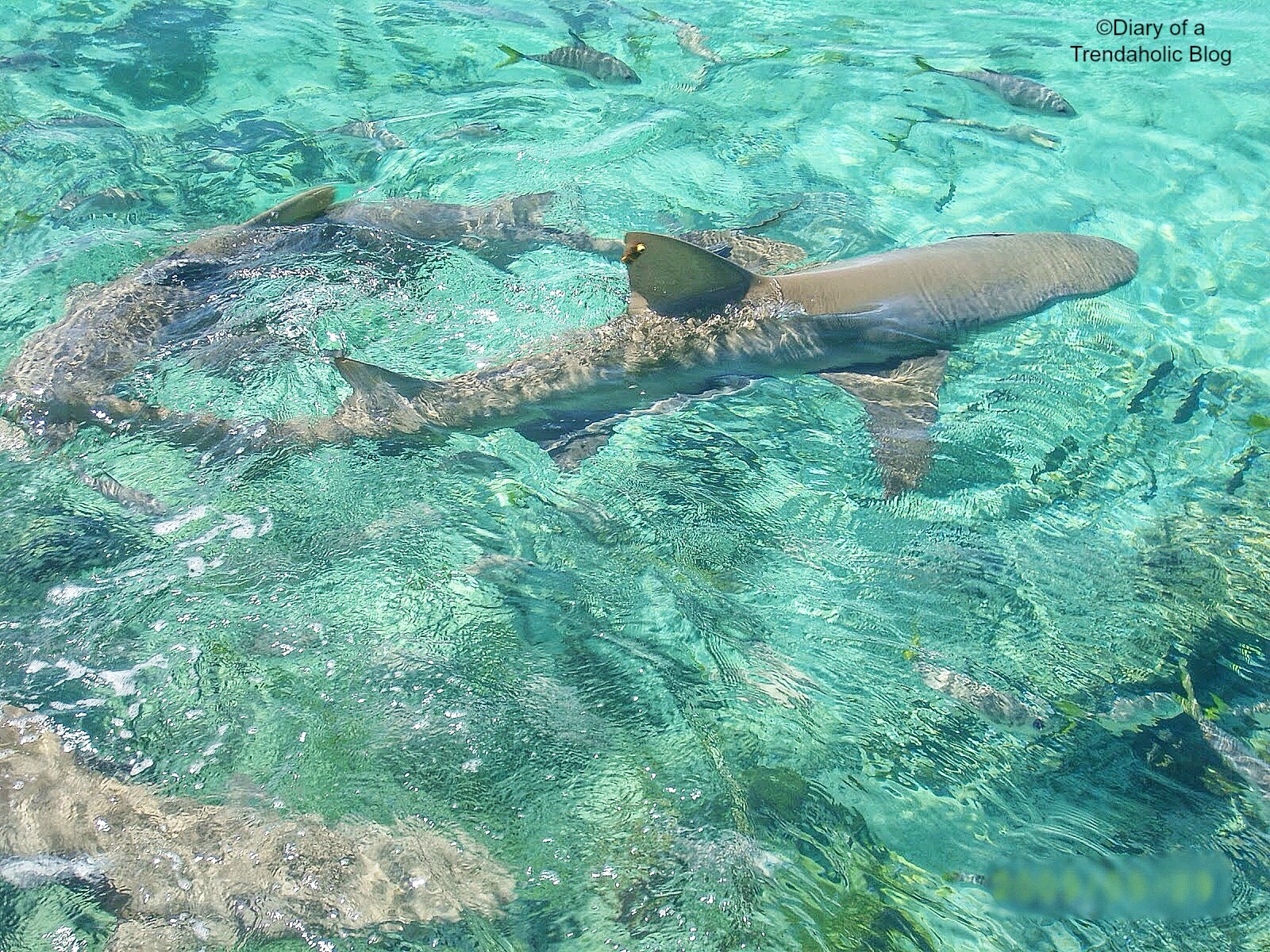 6. The Florida Everglades Alligator Tour
Florida is one my favourite places to visit in the U.S and Miami feels like my home away from home. On one trip I walked the swampy Everglades alongside monstrous alligators (the smell was atrocious) and went air boating in the marsh - home to a variety of wildlife including large Burmese pythons.

7. The Eiffel Tower
Before I went to Paris and fell in love with the city I had seen the Eiffel Tower in many movies, books and TV shows. It wasn’t until I was standing at the top observation deck looking out over all of Paris did I realize just how impressive and iconic the structure really is. The Palace of Versailles is another must-see attraction when visiting. 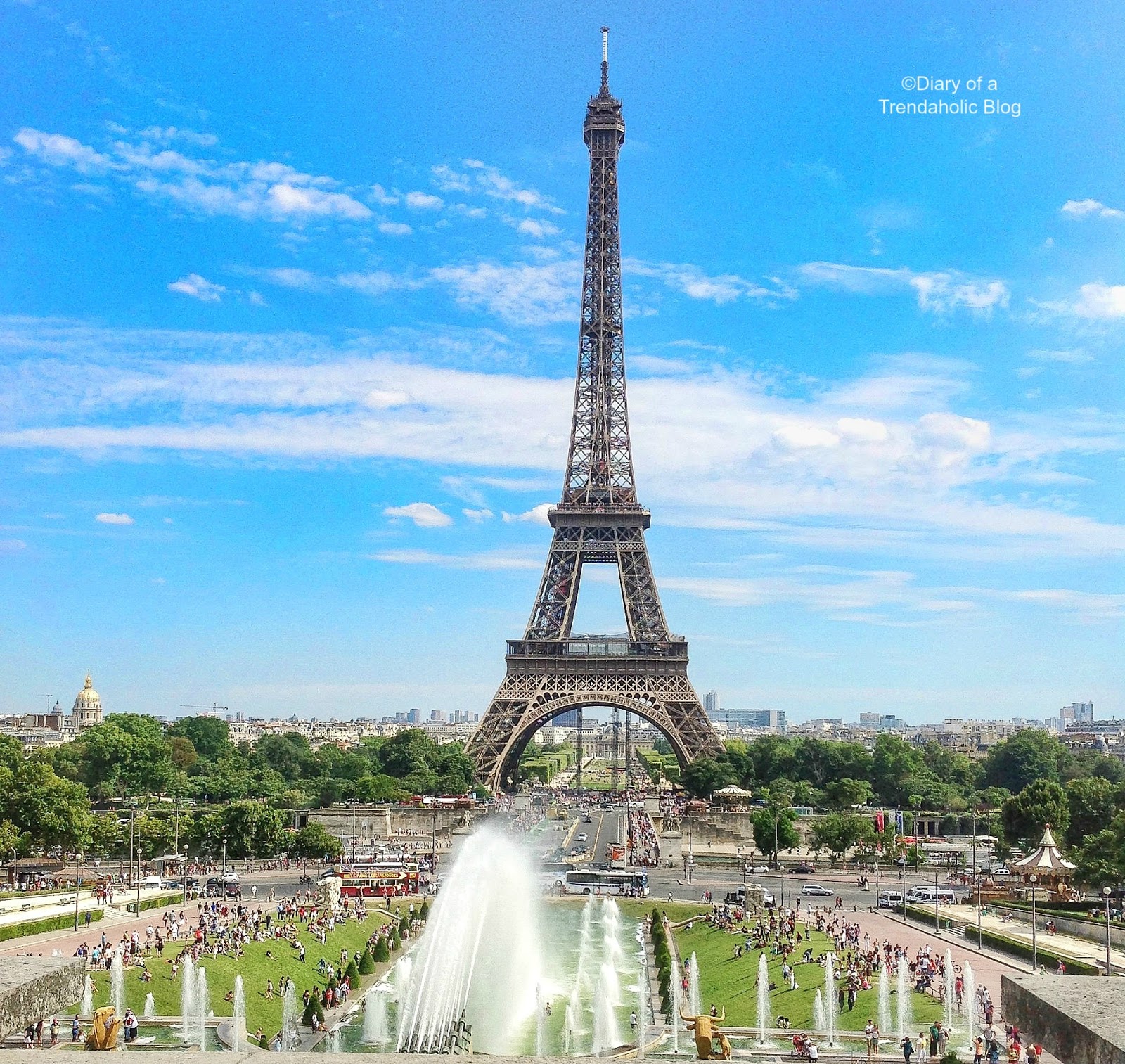 8. The Serpentine Road in Kotor Montenegro
While on a trip to Dubrovnik Croatia I took a bus tour to the beautiful town of Kotor in Montenegro. The small village is surrounded by picturesque alpine-like lakes and sprawling mountains. We drove to one of the highest peaks via the Serpentine Road – one of the most dangerous roads in all of Europe! Admittedly the narrow, winding paths and death defying vertical drops down the mountain with no barriers was a bit terrifying but I will never forget the unbelievable view! 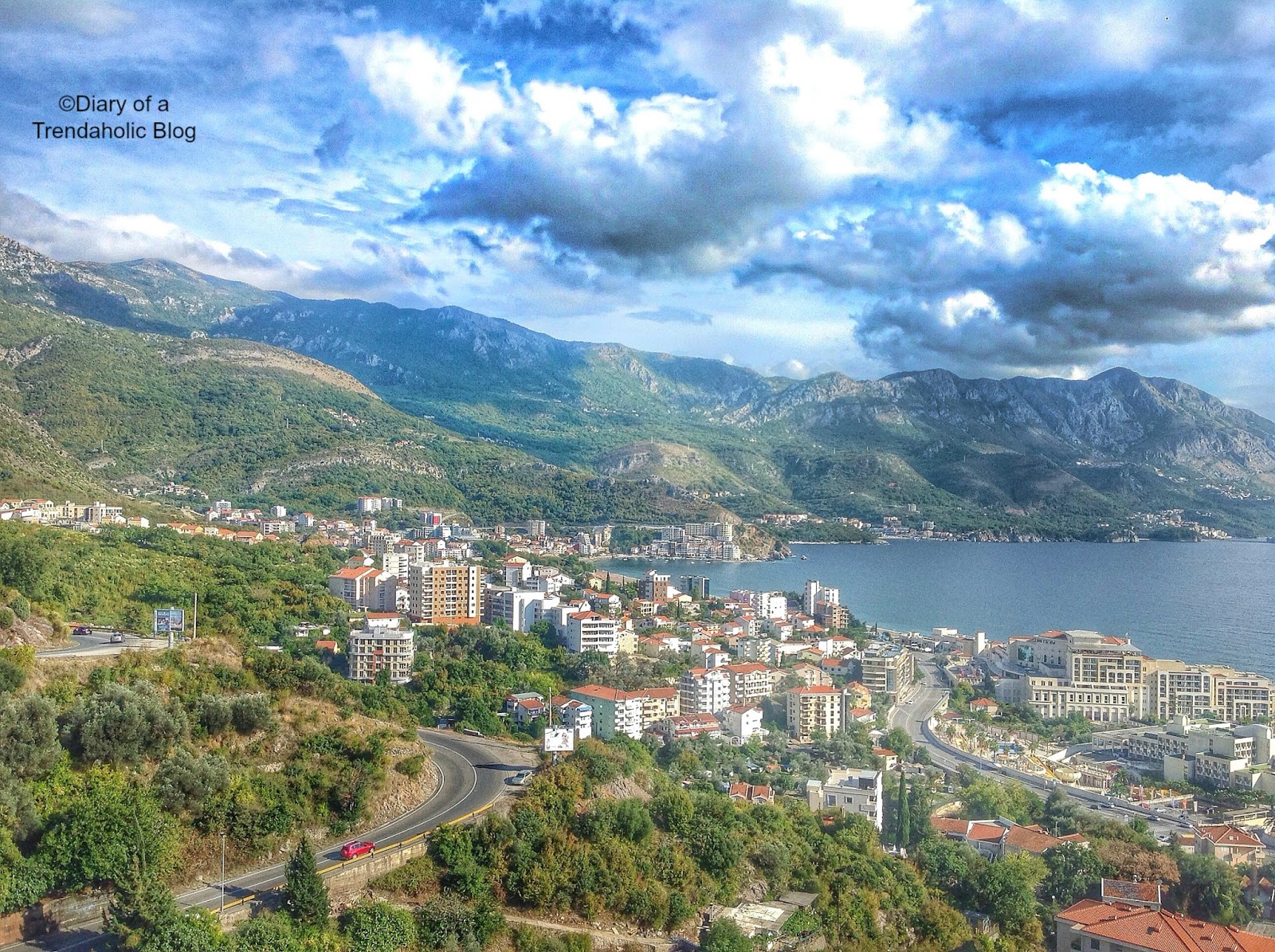 9. Monserrat Catalonia Spain
While vacationing in Barcelona I took a day trip to the rocky mountain peak of Montserrat. The cable car ride up the side of the mountain was a bit daunting but the view from the top was breathtaking and I was able to visit the Black Madonna (a statue of the Virgin Mary who brings luck to those who touch her). I also bought some fresh honey and cheese from local farmers at the market.

10. The Burj Khalifa In Dubai (tallest building in the world)
Despite my fear of heights, or more specifically falling from high places I try not to let it get in the way of my adventures. While in Dubai I visited the tallest building in the world and took the elevator to the observation deck soaring 125 stories (10 meters per second). It only takes about one minute to reach the top making the elevator one of the fastest in the world. The panoramic view of the city below is incredible! The buildings look like a miniature architect’s model and sometimes the clouds are beneath you! 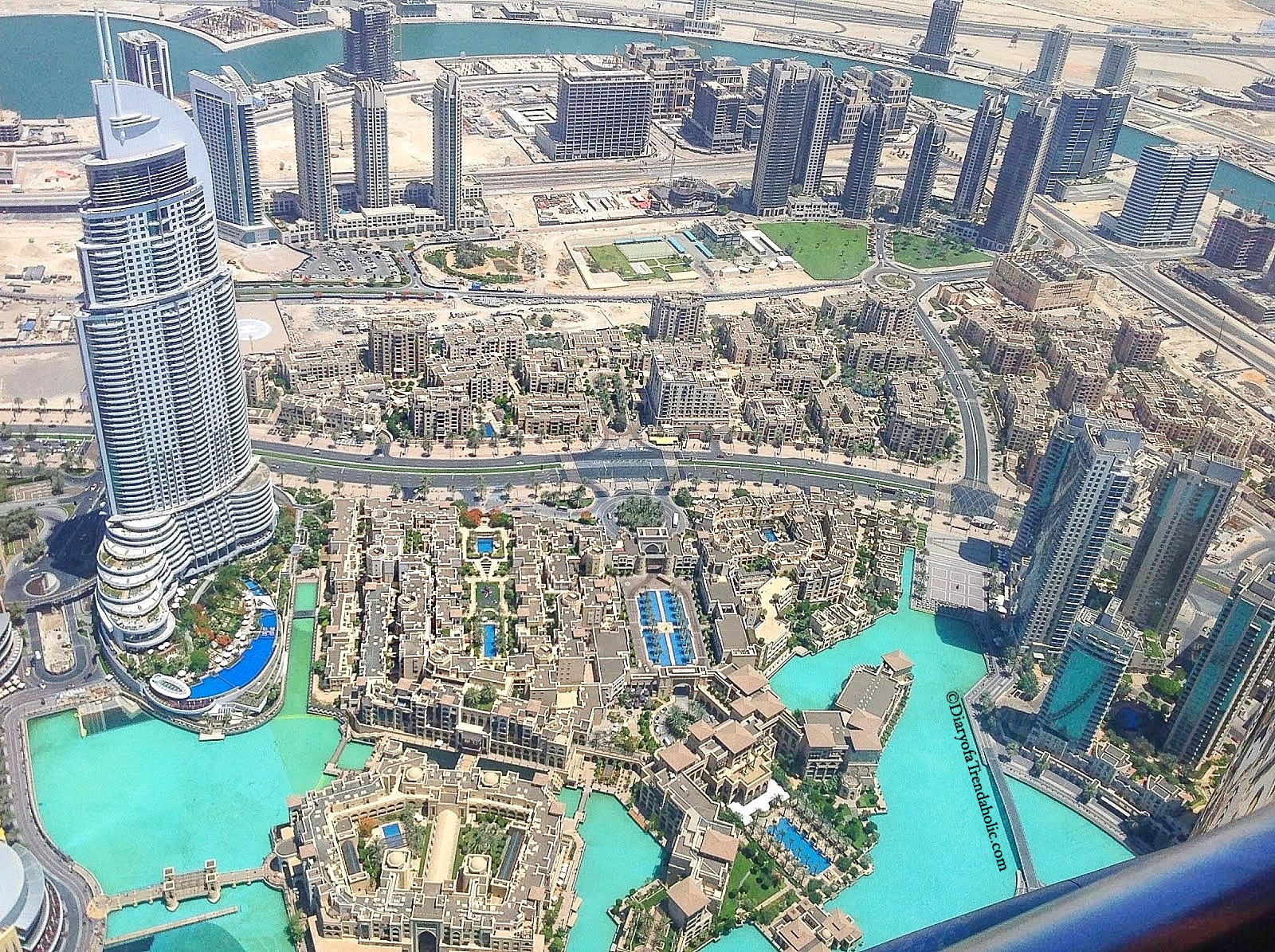 11. Exploring the Jungles of Honduras
Roatan Honduras is rich with vegetation and wildlife so on a short visit to the island I decided to explore some of the jungle instead of lounging on the beach. I saw a variety of birds, lizards, monkeys and tropical flowers while making my way across a swaying bridge above murky jungle rivers. I felt like I was in one of those National Geographic or Discovery Channel nature documentaries I watch on TV but experiencing it in person was magical.

12. Byodo-In Temple in O’ahu Hawaii
One of my favorite things to do in Hawaii was breaking free from the city and driving along the coast to enjoy the stunning landscape. My journey led me to the Byodo-In Buddhist Temple which is nestled at base of lush green mountains and surrounded by calm streams, coy filled ponds and flowers. It was one of the most beautiful and serene temples I’ve seen and the landscape reminded me of Jurassic Park – wild and exotic. 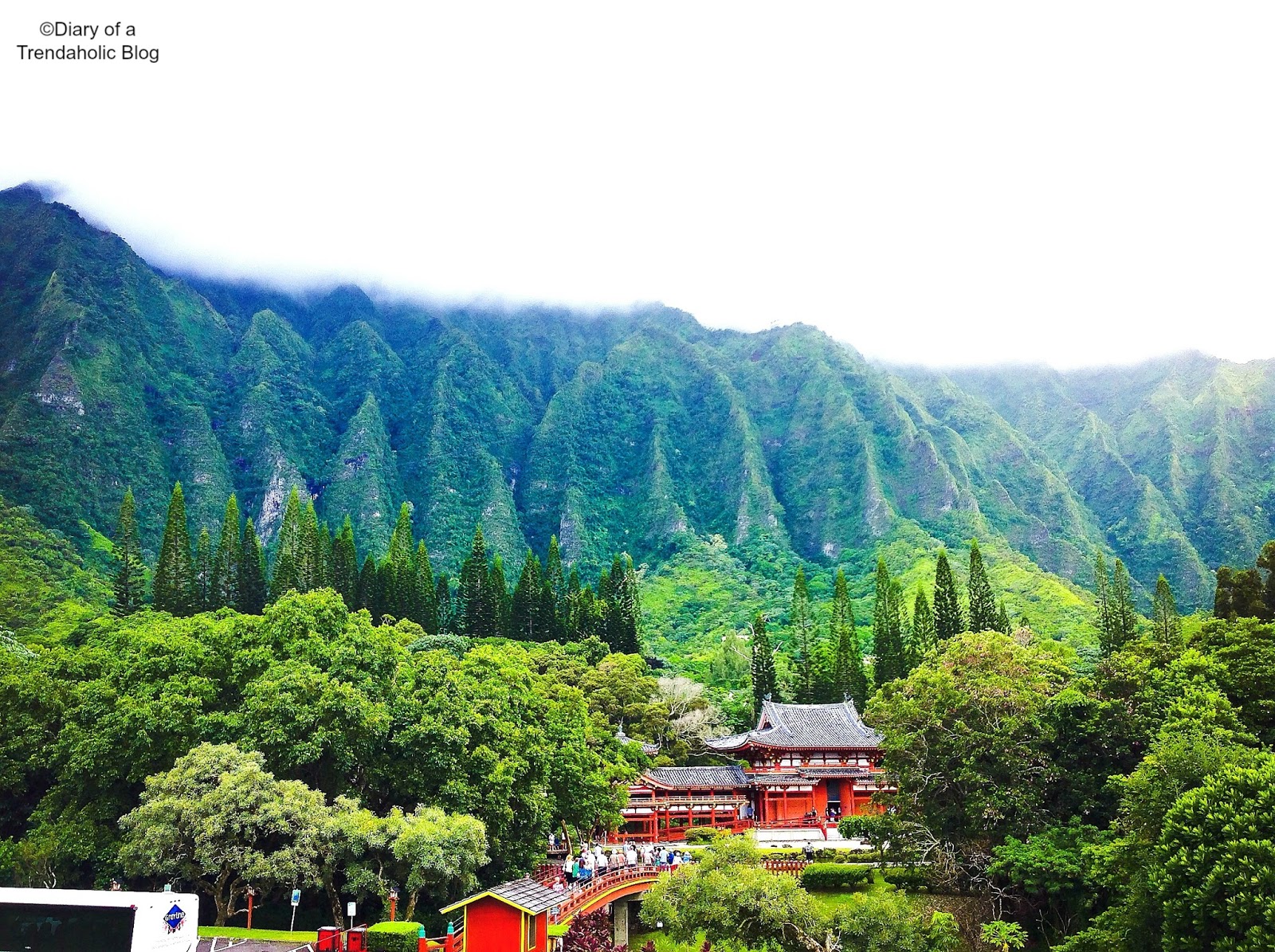 13. St. Peter’s Basilica Vatican City Rome
I’ve visited many places in Italy and I’ve seen many cathedrals and magnificent buildings throughout the world but the one that tops my list is St. Peter’s Basilica. Every inch of the ceiling, floor and pillars are covered in intricate carvings, embellishments and art with a dome twice the height of the Statue of Liberty!

14. The South of France
When I recommend a honeymoon destination to new couples it is usually a trip to the French Riviera. Renting a car and cruising the incredible shores and rocky lookout points was a dream come true. We stopped in Monte Carlo, Marseilles, Nice, Menton, St. Tropez, Ville Franche Sur Mer, Saint Maxime and more. These were some of the most scenic cities I’ve ever been to. 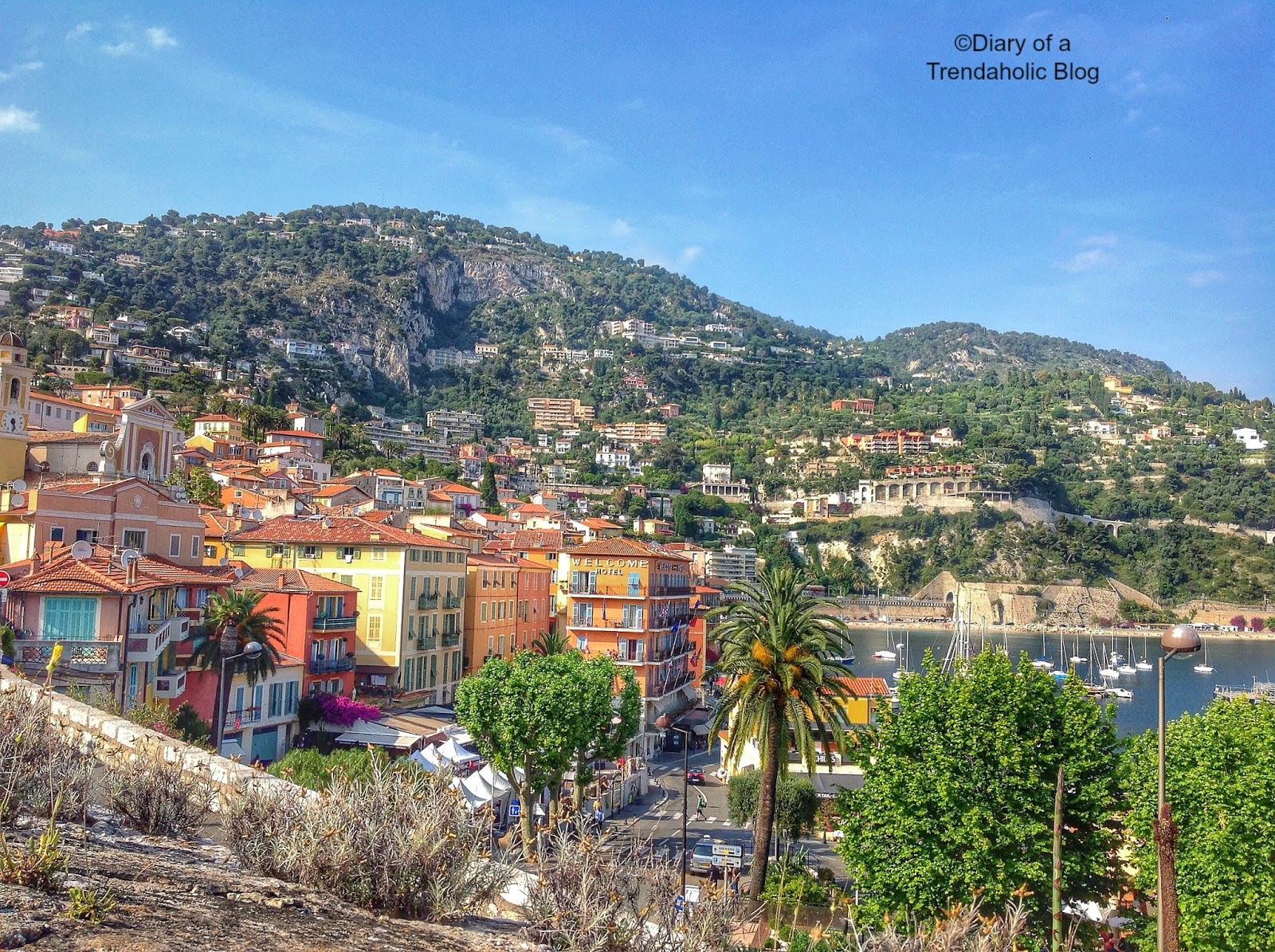 15. The Splendours of Italy
Italy is one of my favorite countries to visit in terms of amazing landscape, history, beaches, coastline and attractions so instead of choosing just one thing I will list a few of my favorite moments from various trips throughout the country.
*Cruising the canals in Venice
*Exploring the small villages of Cinque Terre
*The Leaning Tower of Pisa
*Wine tasting and lunch in the hills of Tuscany
*The Statue of David
*The Coliseum, Spanish Steps, Piazza Navona and Trevi Fountain in Rome
*Touring Florence and the amazing art galleries with my sister
*Shopping for local delicacies on the Italian Riviera (Sanremo)
*Spending the Day on Lido Island (Venice) with my family
*Shopping for souvenirs and makeup in Sienna
*Eating the best gelato in the world in San Gimignano 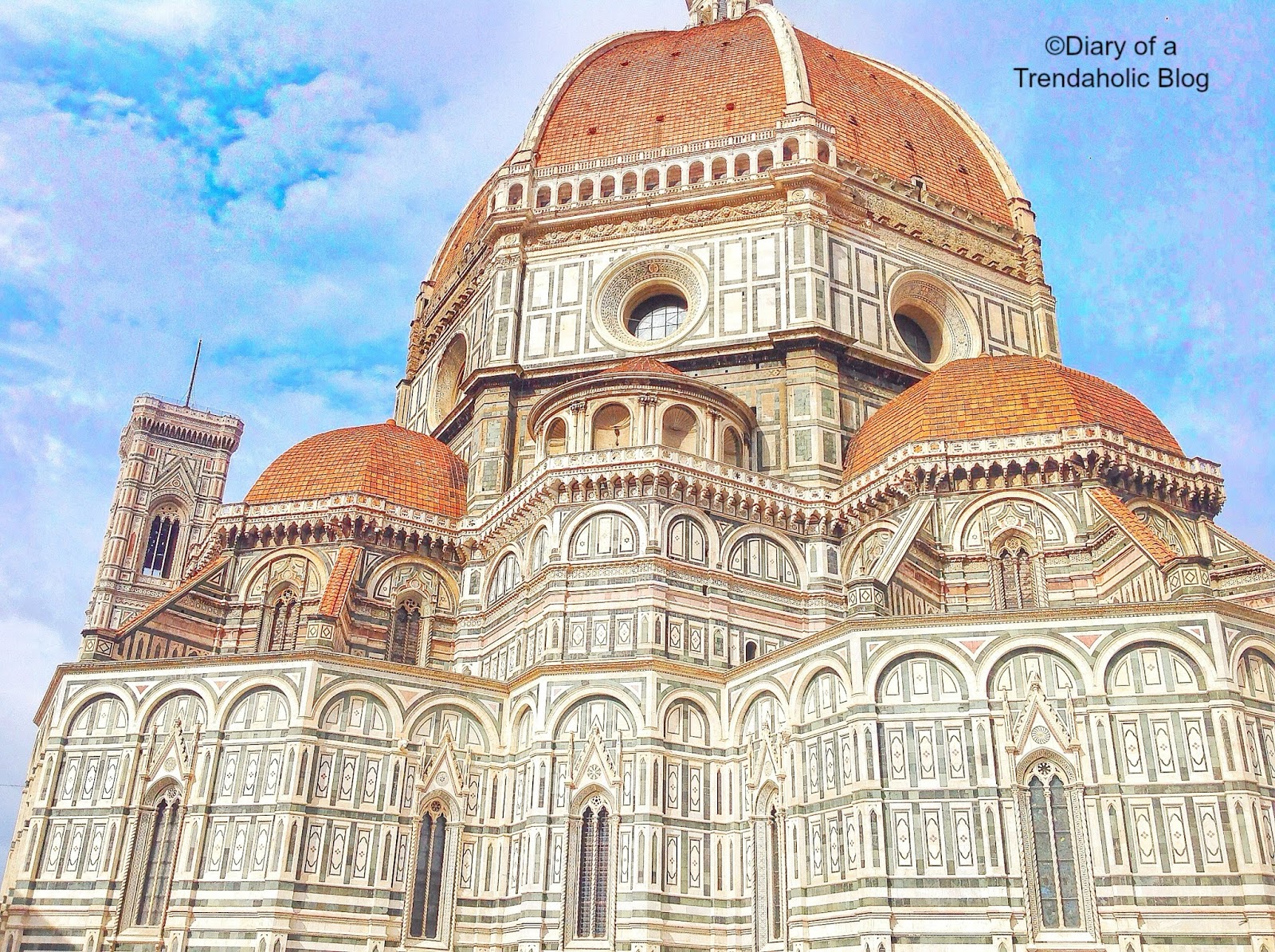 16. The Desserts of Nevada
On a trip to Las Vegas my husband and I were rerouted to Phoenix Arizona and it turned out to be a wonderful adventure! We drove from Phoenix to Vegas through the dessert’s dry rocky landscape which was astounding! We also stopped along the way to have lunch and visited the Hoover Dam. It was one of the best road trips I’ve taken!

17. Manatee Watching in Belize
Belize has the region’s largest concentration of manatees and since I’m attracted to anything that has to do with marine life, I took an air boat tour through the marshland to see these gentle giants bobbing around in their natural habitat along with an array of birds and other wildlife.

18. Climbing Dunns River Waterfall in Jamaica
I’ve been to Jamaica numerous times and I love the beaches, food and culture. On one of my first visits to Ocho Rios I climbed Dunns River Falls which is a lot harder than it looks! The rocks are slippery, the water cascades forcefully and there isn’t a lot to hold on to but I love the secluded resting pools along the way.

19. Cruising the Bosphorous Channel in Turkey
Istanbul may not be high on your travel list since there has been some political danger recently and back when I visited in 2015 the situation was still quite volatile. That being said the city is brimming with friendly people and beautiful mosques. Taking a boat tour along the Bosphorous Channel is a great way to appreciate the city’s beauty. 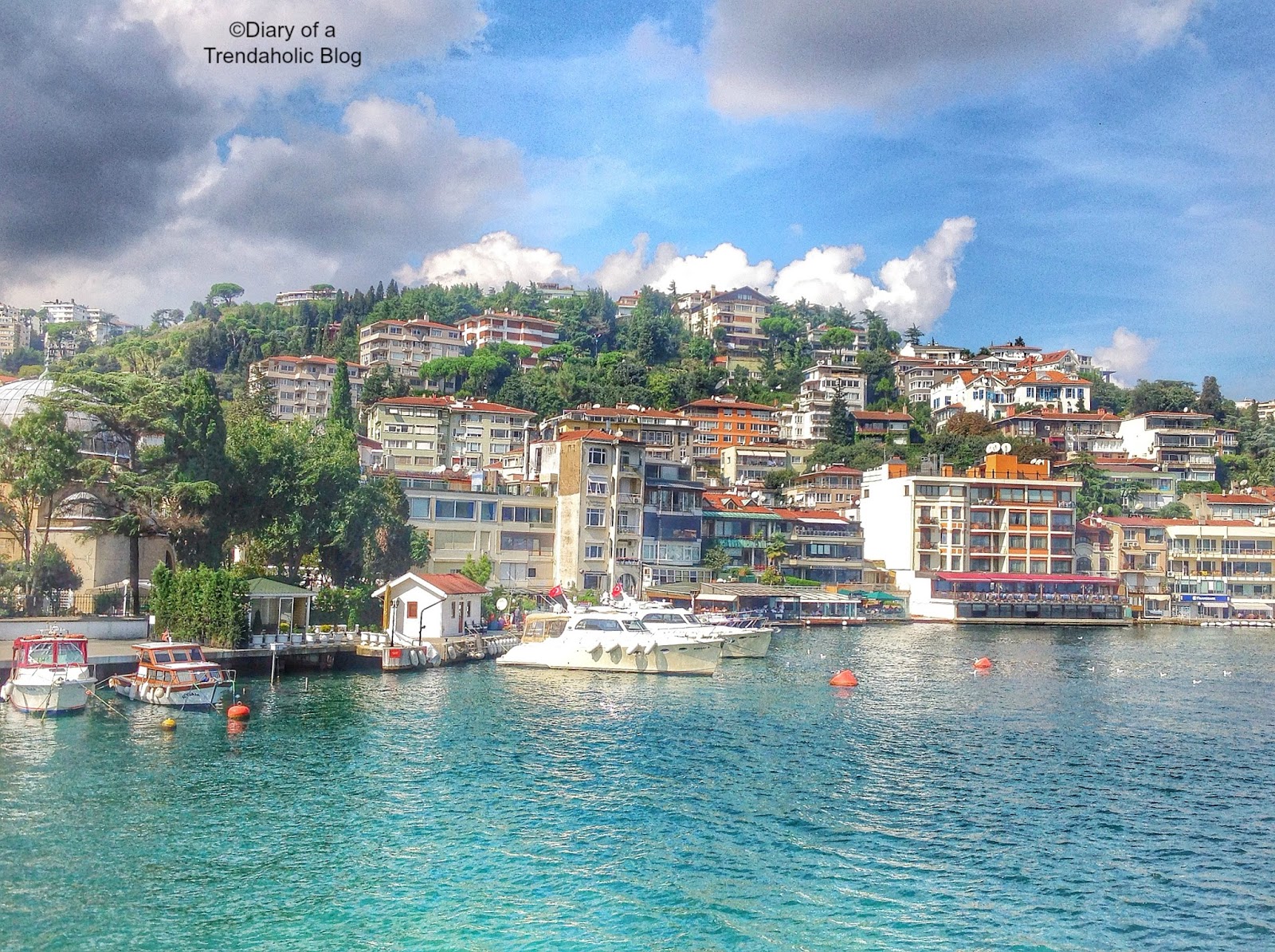 20. Time Square New York
Although it has been a while since I’ve been back to New York nothing captures its lively buzz like standing in the middle of Time Square and marvelling at the excitement around you. The architecture, shopping, restaurants, shows and cultural diversity make it a great place to visit if you love city life.

Next on my list of places to visit: Morocco, Phuket Thailand, Japan, The Maldives, Egypt, Budapest, Vienna, Portugal and Greece.

UPDATE: I went to Budapest and Vienna this summer (yay!). To read those articles check out the links below:
*Budapest Hungary - Travel & Tourism Guide
*Vienna Austria - Travel & Tourism
Posted by Erica D at 11:42 AM