What it Means to be Canadian

One of the most common questions I get asked when I meet new people is – “where are you from?”

As a kid this question never really bothered me but when I became an adult, people started digging a little deeper. 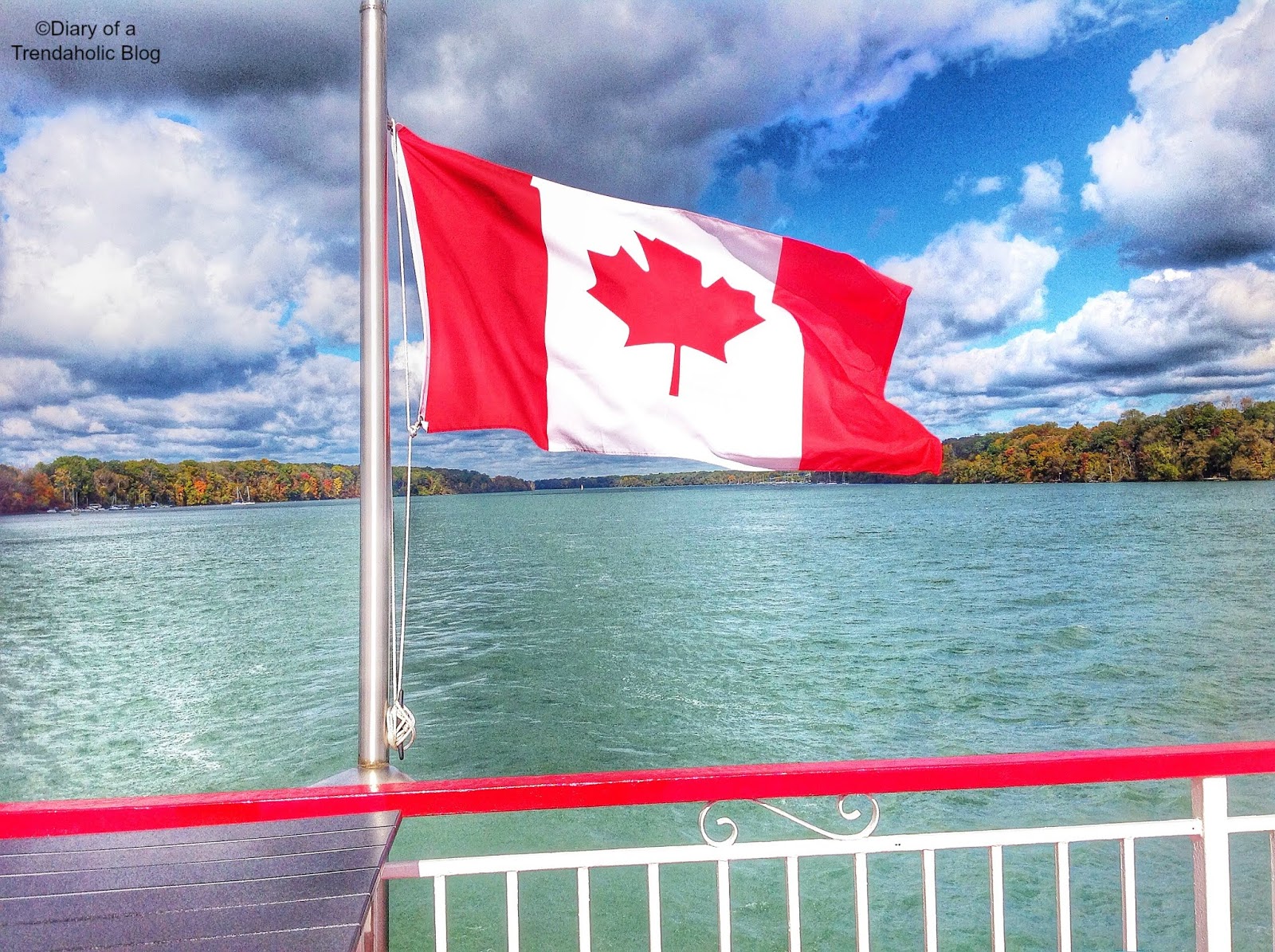 Replying with - I am Canadian never seems to be enough. The follow-up question is always – “but where are your parents from?”

Why do strangers incessantly assume that Canada is not my home and native land and why are they so interested in my family's cultural identity?

A man I met while vacationing in the Middle East may have inadvertently shed some light on this topic.

As I browsed a bakery in Dubai a few years ago, a local man asked me the same question – “where are you from?” and of course I replied - Canada. I was born and raised in Mississauga - a thriving suburb just outside of Toronto. I relate to Canadian culture, learned basic French and my parents grew up here but his response was – “I thought Canadians were white.” I was slightly offended but decided not to argue with someone who was obviously ignorant and uneducated in Canadian history.

We know that European Settlers combed the globe, conquered and unfairly claimed land by violent means but that does not make them native to the country. History tells us that early settlers “discovered the new world” when in reality, many places were already inhabited. If this occurred in modern times, we might simply refer to these so called “explorers” as immigrants.

Unfortunately First Nations People have suffered a traumatic past. “North American Indigenous people were uprooted from their traditional homes and villages, either through war, forced relocation or threats of violence, and pushed into remote areas where they wouldn’t get in the way of European Colonization.” (Early History of Canada – thecanadaguide.com). Today I see little indication of Native culture in my hometown and some Aboriginal People still live on reserves.

Quite recently Prime Minister Justin Trudeau offered a public apology on behalf of the government of Canada - “saying we are sorry is not enough. It will not undo the harm that was done to you. It will not bring back the languages and traditions you lost.”

With Canada Day fast approaching, I can’t help but wonder what it really means to be Canadian - a sense of identity that differs for everyone.

Living in the most multicultural city in the world gives me a unique perspective on cultural identity. Canadians do not fit neatly into a generic little box. We come in all shapes and colors with beautiful customs and intricate languages. We are a melting pot of diversity, a rich tapestry that makes this country beautiful. 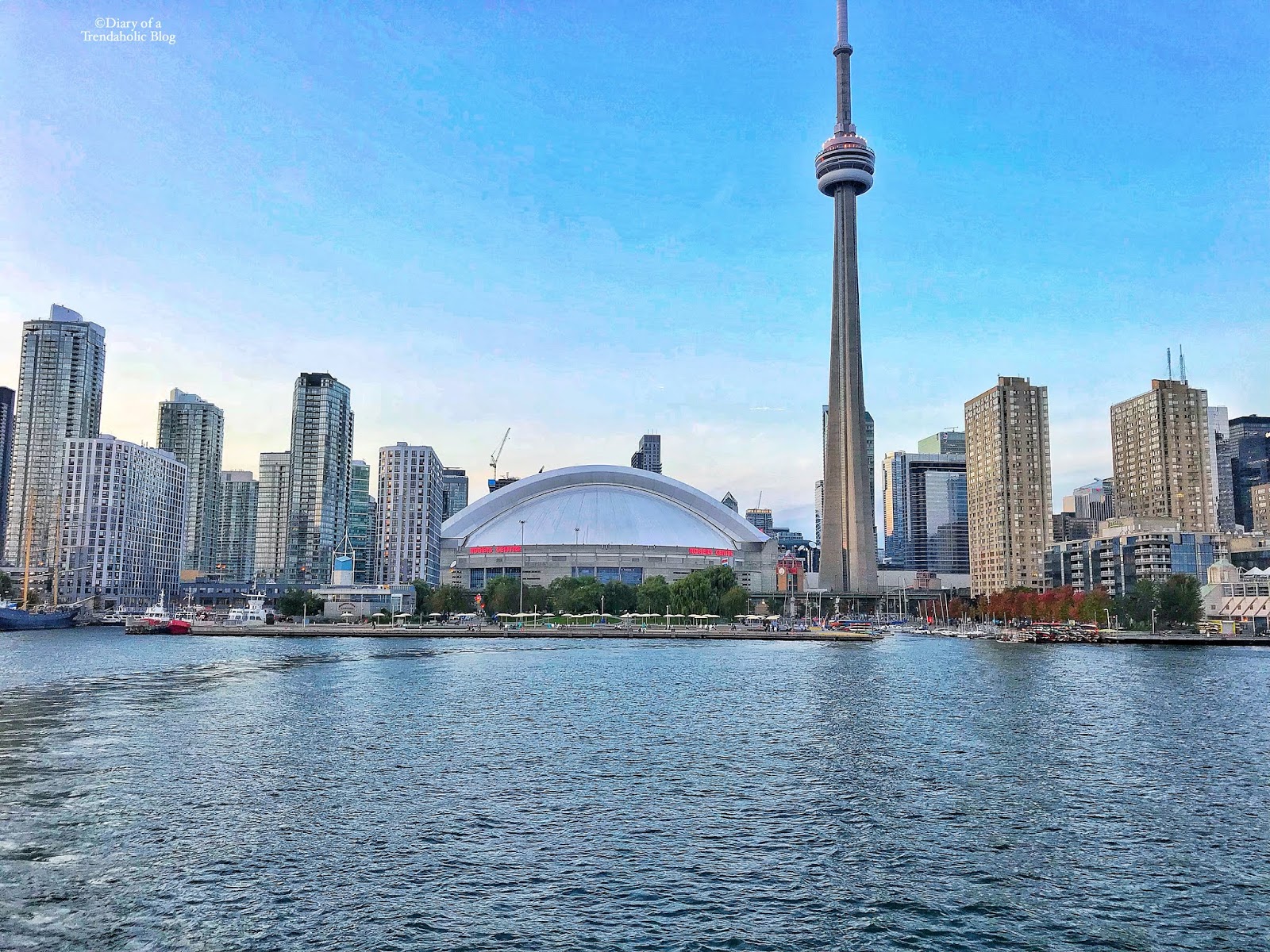 Canada is an Iroquois word meaning “village” or “settlement.”  In fact, many of our cities have Indigenous names that reflect the country’s historical roots. Everyone who came to live here introduced their own customs and beliefs so we have to find a way to co-exist harmoniously, share this planet and appreciate our differences.

Sometimes cultural and racial identity is not as simple as checking a census box for Caucasian, Asian, African or Latino. I can never decide which to choose because I am more complex than those simplified terms. Why pick one group over another if I am multi-racial?


Strangers continually try to guess my cultural background and the feedback is always interesting. I’ve realized that people's perspectives differ depending on where I travel in the world. While vacationing in Italy, the locals assumed I was from India. In Puerto Rico I was accepted as Puerto Rican, in Thailand locals asked me if I was Thai, Malaysian or Filipino and here in Toronto I often get grouped-in with people from the West Indies – Trinidadian or Guyanese. Other assumptions include: Korean and Caribbean, Mexican and Aboriginal, Brazilian and a few other unique combinations. People see different things when they look at me but what’s important is what I see. 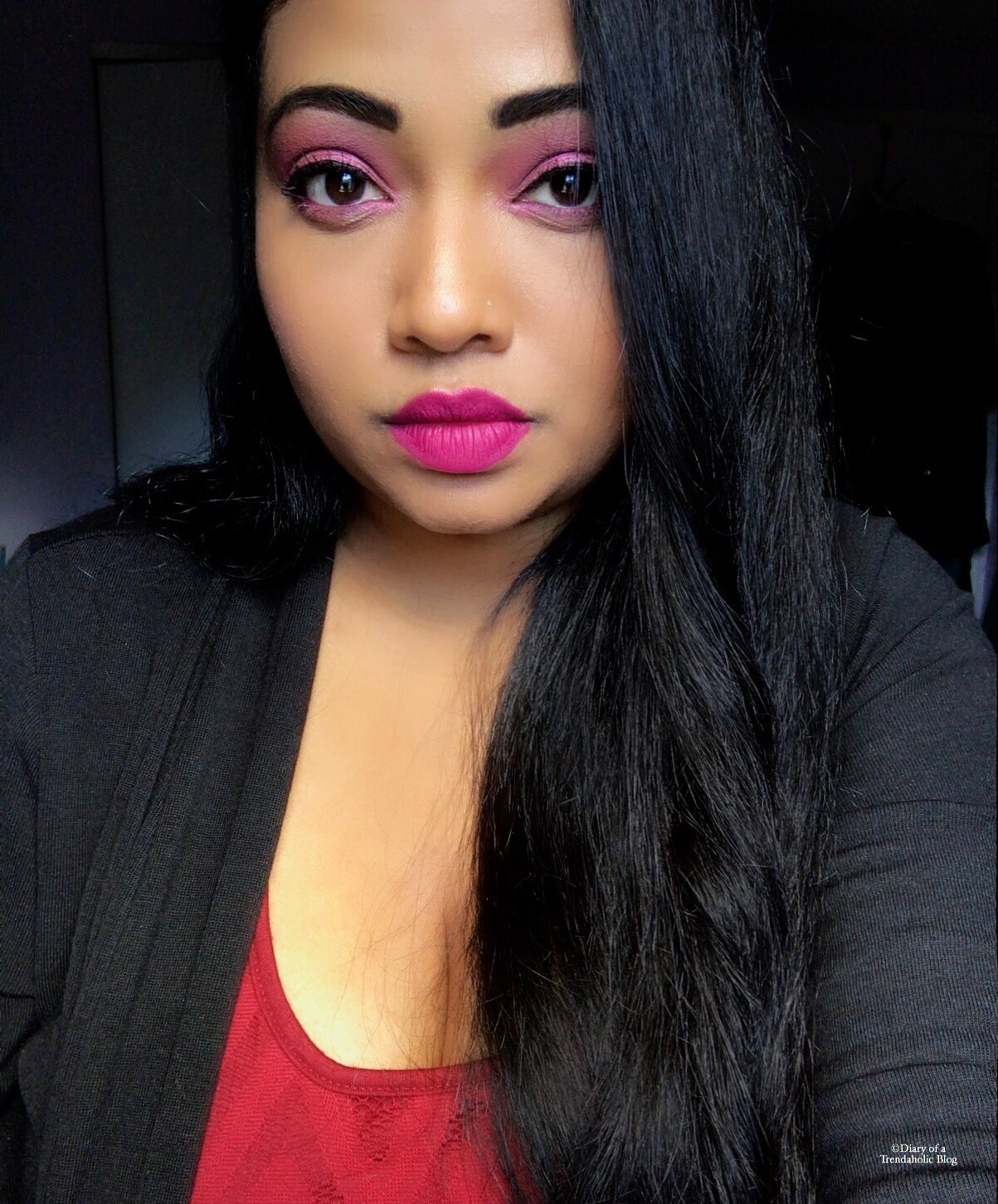 I understand the confusion, I’ve been told that I have “multicultural features” and at my wedding various friends jokingly commented that my family looks like the United Nations. We do have many cultural mixes – Chinese, Caribbean, Swedish, Indian etc but it wasn’t until recently that I was able to pinpoint my roots thanks to Ancestry and Me. The test is simple - send in your DNA to determine the genetic details of your cultural identity including your family’s migratory pattern.

The results of my heritage (in simplified terms) are – North-Western India and Pakistan, Afro-Caribbean, Russian, Finish, Polynesian, East Asian (from the region of Thailand, Taiwan, Japan, Philippines, Korea) and a small percent Australian Aboriginal.

My mom’s lineage was a bit surprising. Originally we thought my maternal great grandmother was Irish because she was adopted by an Irish family but it turns out she had strong Russian ancestry. My mother’s test also revealed ties to Germany, Wales and England. I am very interested to learn more about my Polynesian lineage and hope to discover family in Hawaii! (I can dream can't I). 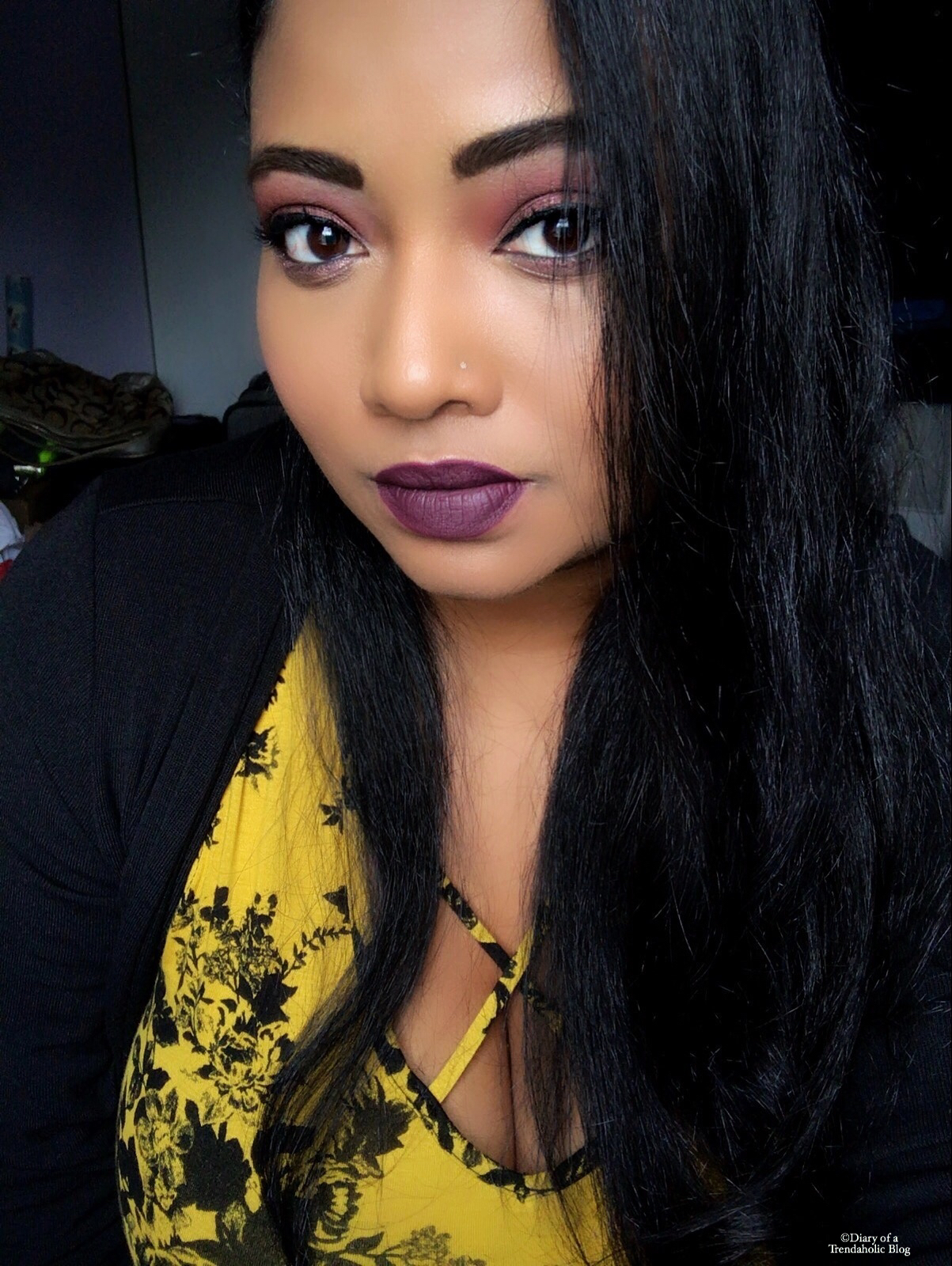 It is extremely humbling to acknowledge the hardships my ancestors must have faced to ensure my survival and I am grateful for their sacrifices.

“You can’t judge a book by its cover” and if you start digging around in your past, you might be surprised by what you find.

Most people in this world are not just one thing. As human beings we are all connected and I wish that was enough to teach us acceptance, tolerance and love.

As a Psychology major I understand our tendency to categorize and explain things. Maybe people ask about my background because they are genuinely intrigued but the fact remains – I am Canadian and that answer should be good enough.
Posted by Erica D at 10:44 AM

Email ThisBlogThis!Share to TwitterShare to FacebookShare to Pinterest
Labels: AncestryDNA Review, AncestryDNA Test Results & Review, Being Canadian, Canada Day, Canada Day 2018, Multiculturalism in Toronto, What it means to be Canadian