A couple weeks ago I attended the 25th anniversary of Cirque du Soleil’s Alergia – a new adaptation of their most iconic production seen by more than 14 million spectators. The modified version is fun, silly and daring with even more color, suspense and death-defying stunts. 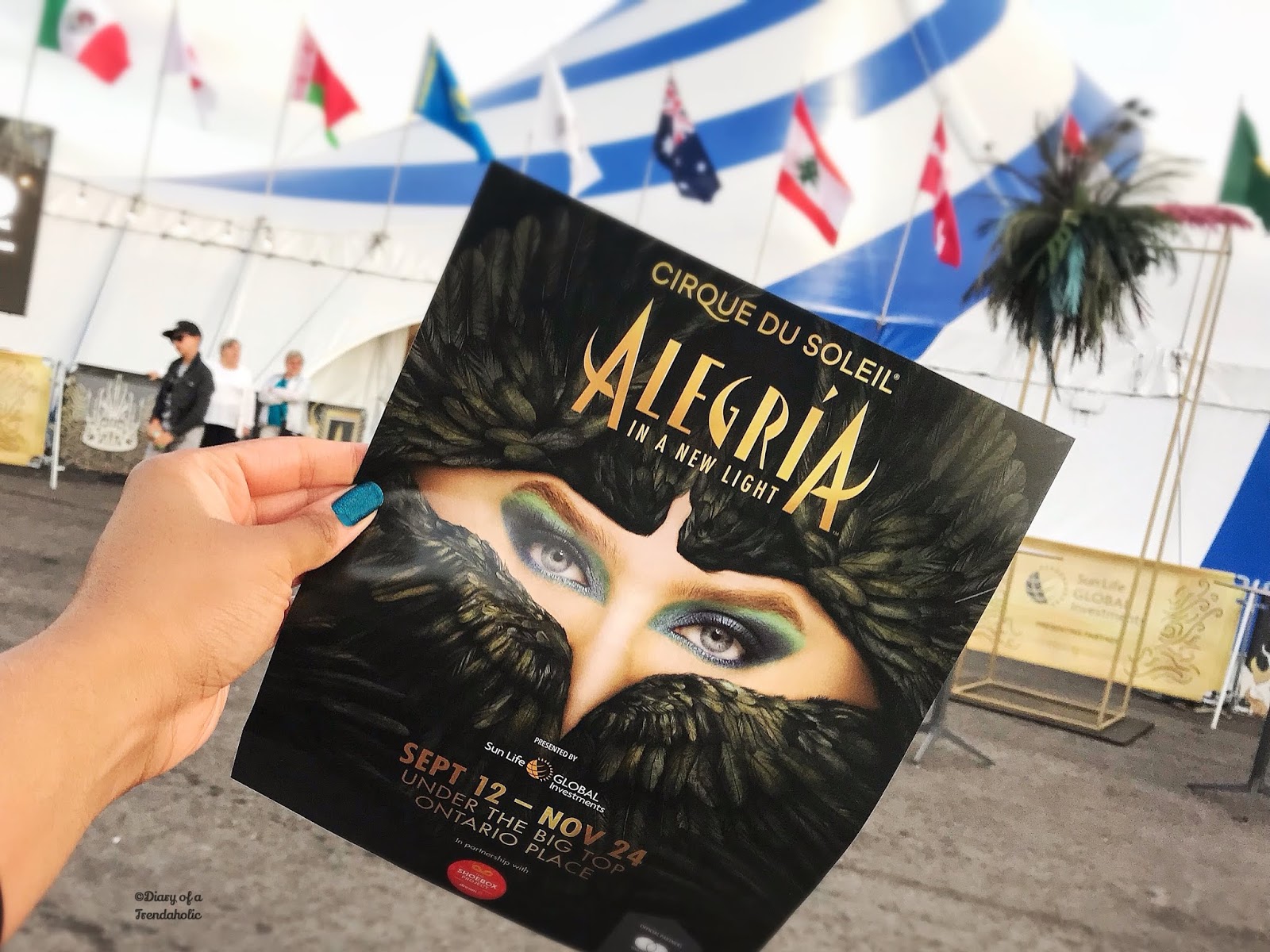 The big top was abuzz at Ontario Place as guests walked the red carpet sipping champagne and snapping photos with brightly costumed performers. Popcorn and drinks were provided before we piled into the tent and took our seats in anticipation. 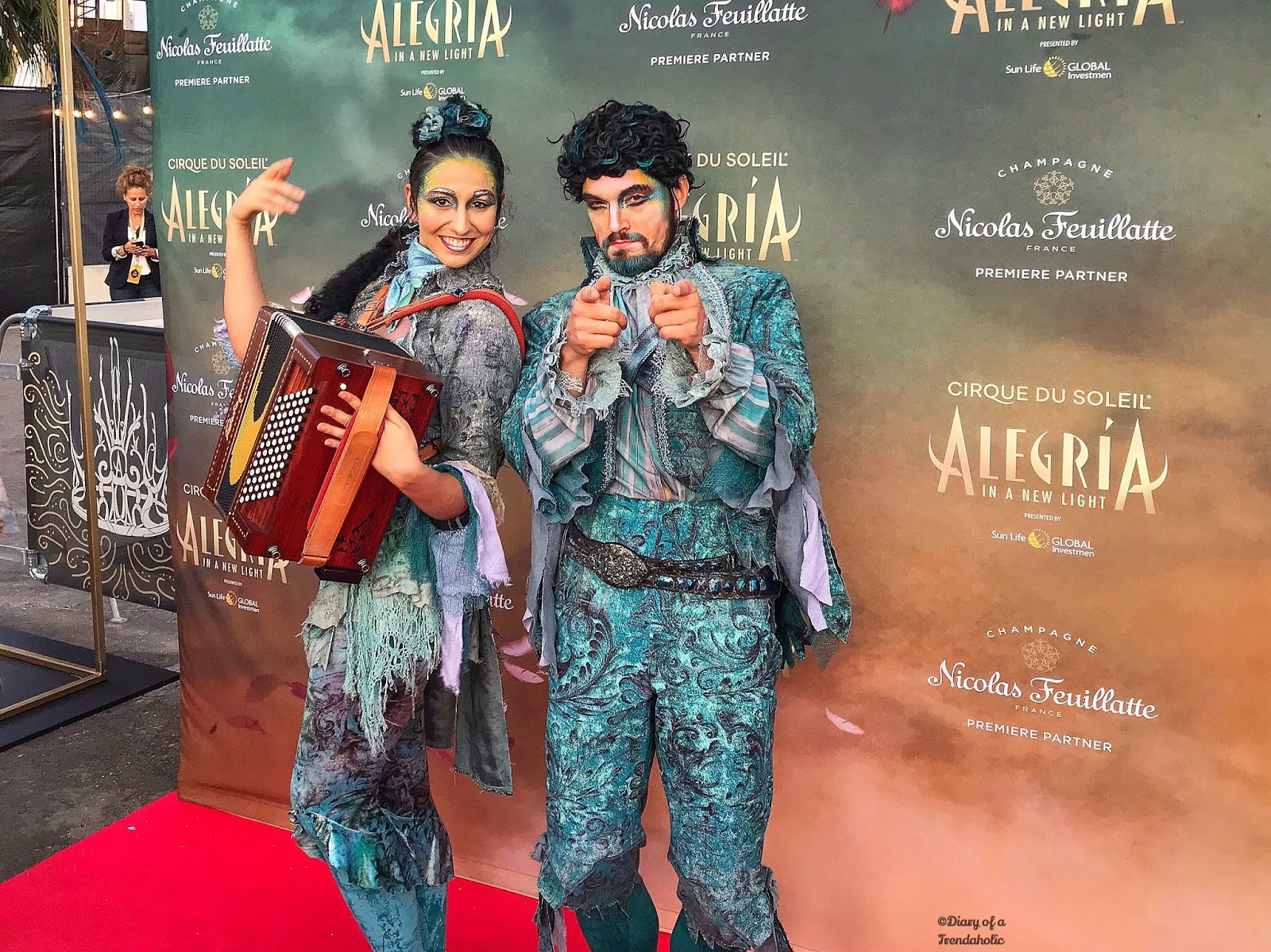 This wasn’t my first night at the circus but it was my favorite location. The venue is spacious, easy to access and set against Toronto’s beautiful skyline. No matter where you sit, the stage is positioned to give everyone a clear view and the actors always make you feel like part of the show.

Every aspect of the production is enticing – the incredible music, whimsical costumes, props, lighting, ambiance and well crafted sets. When it all comes together you are transported to a magical realm like no other - something Cirque seems to do effortlessly. 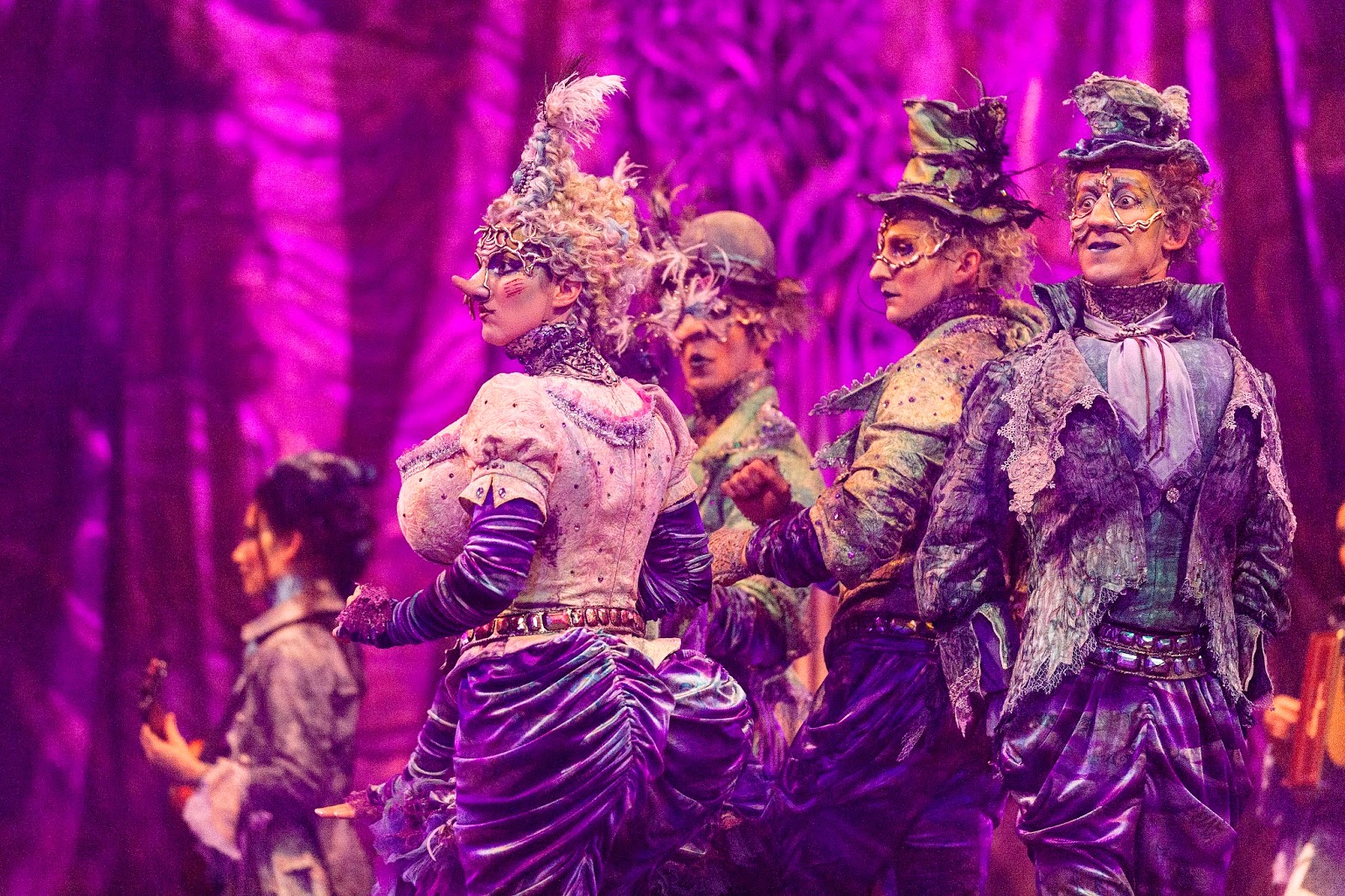 I am not usually a fan of the slapstick clown comedy (I mainly go for the jaw-dropping gymnastics and beautiful imagery) but this time they were funny. The odd characters pull you in, make you chuckle and create an immersive world of wonder.

The snow globe scene (as I like to call it) was exhilarating! To the audience’s amazement one of the clowns suddenly starts a whirlwind snow storm that engulfs everyone in an endless shower of fluttering white flecks. Caught up in the excitement I almost forgot it was a warm summer night. 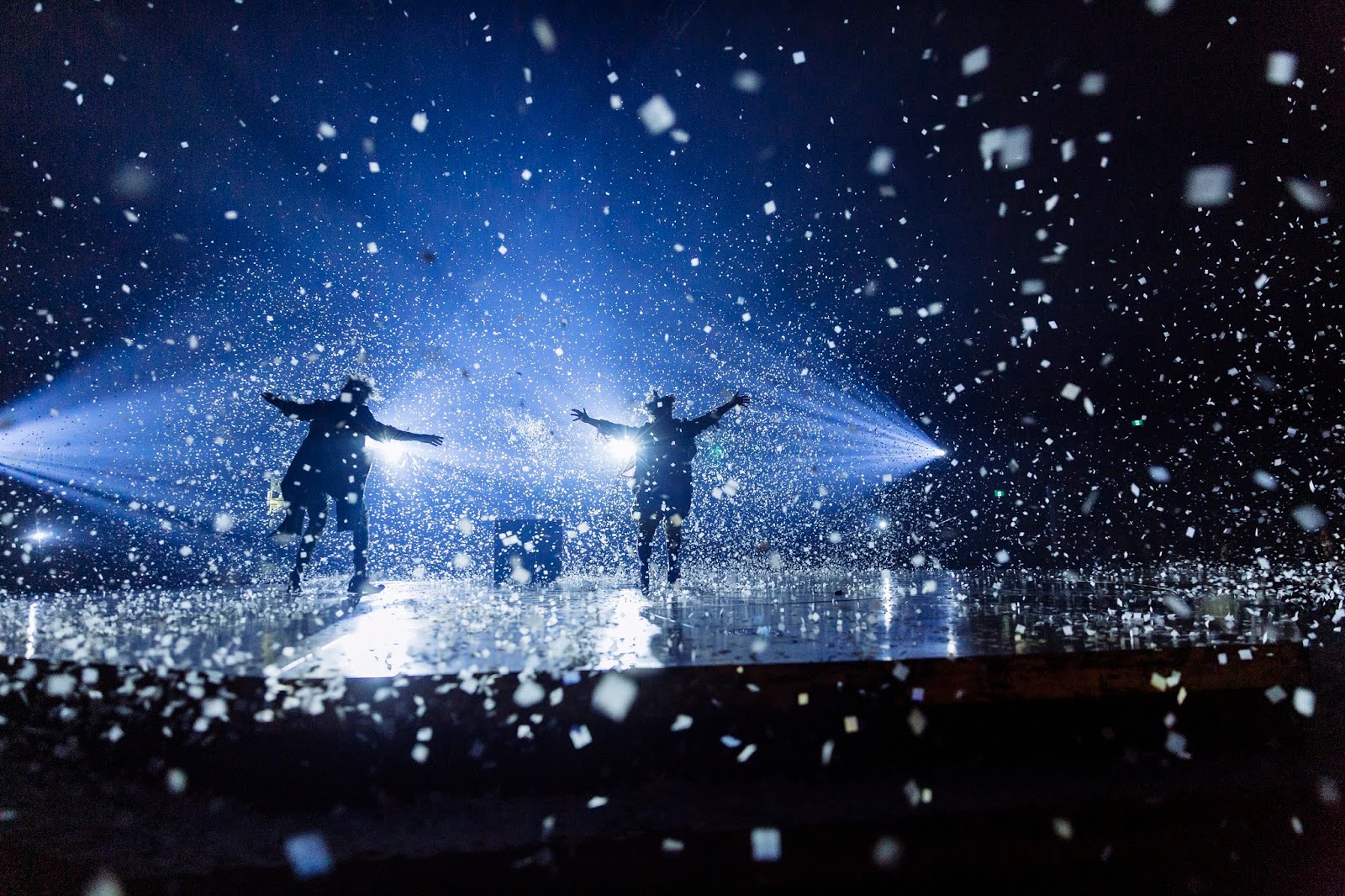 As usual the acrobats are amazing. The synchronized trapeze is graceful while the acro poles, hula tricks and high bar aerial playground left us speechless. Performers vaulted through the air, diving from the ceiling, spinning inside wheels and contorting their bodies in incredible, unimaginable positions. 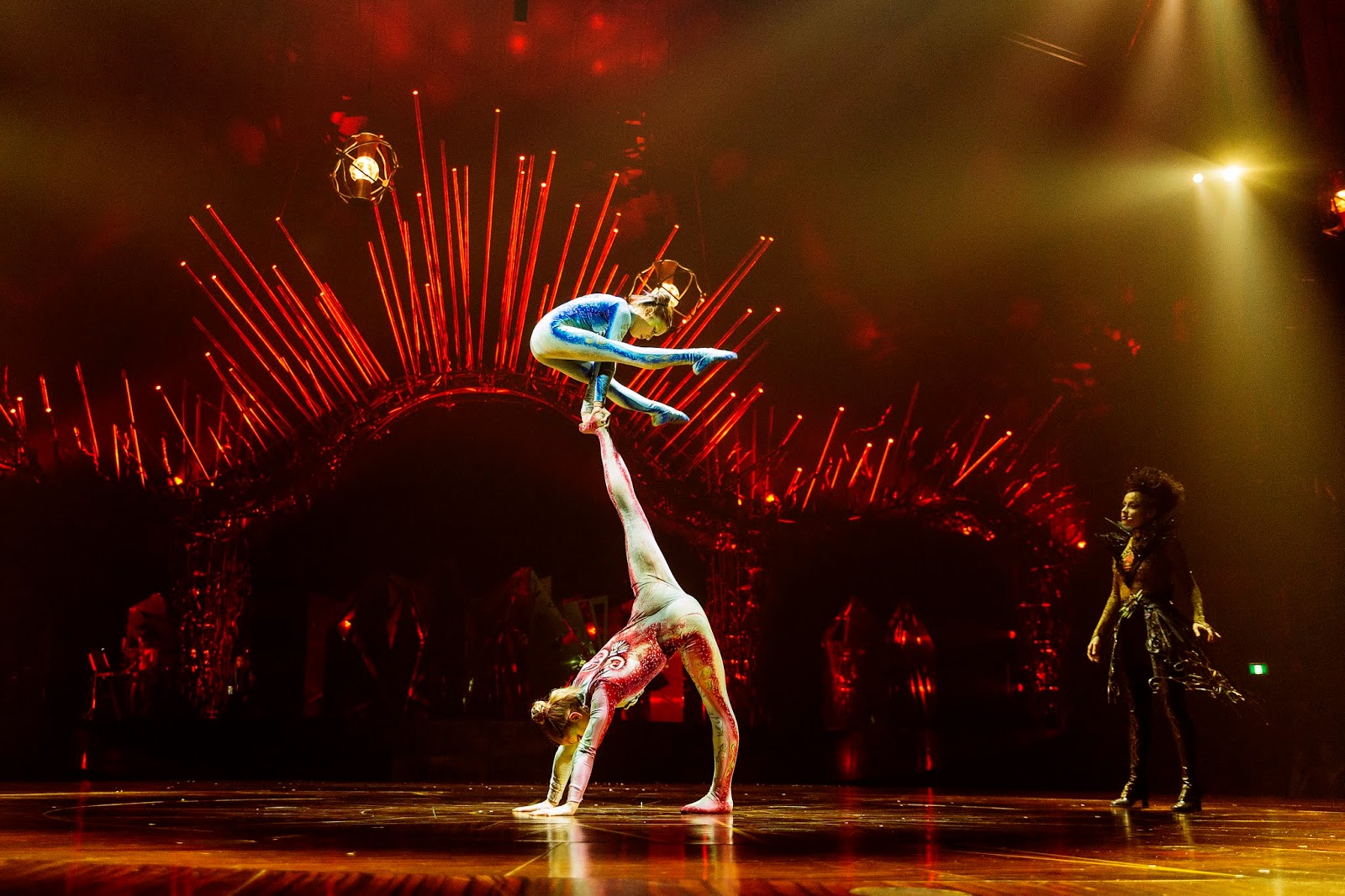 Some artists formed human ladders - balancing meticulously, while others twirled on silk scarves as the singer's powerful melody enhanced the drama. It is my favorite musical rendition to-date. 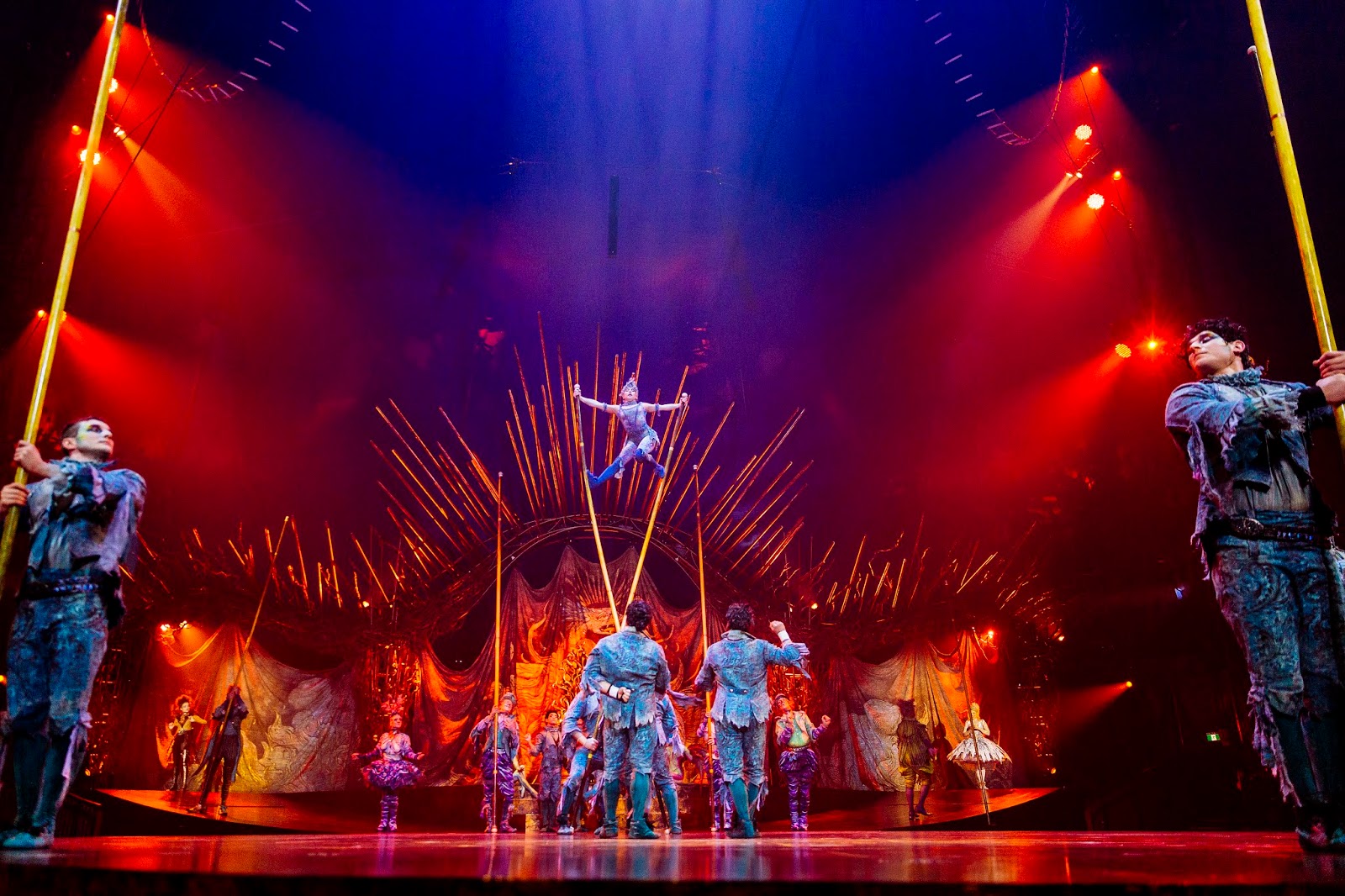 The knife and fire dance is one of the most impressive performances I've seen in a Cirque show. Wearing a realistic tribal costume the flame thrower plays with fire like it is coming out of his body! He places the flames on his feet and hands before lapping them up in his mouth. Sizzling sparks graze his bare torso as he smiles, totally unscathed. I have no idea how he did it but I held my breath in awe, terror and wonder. He wins the award for greatest showman ever! 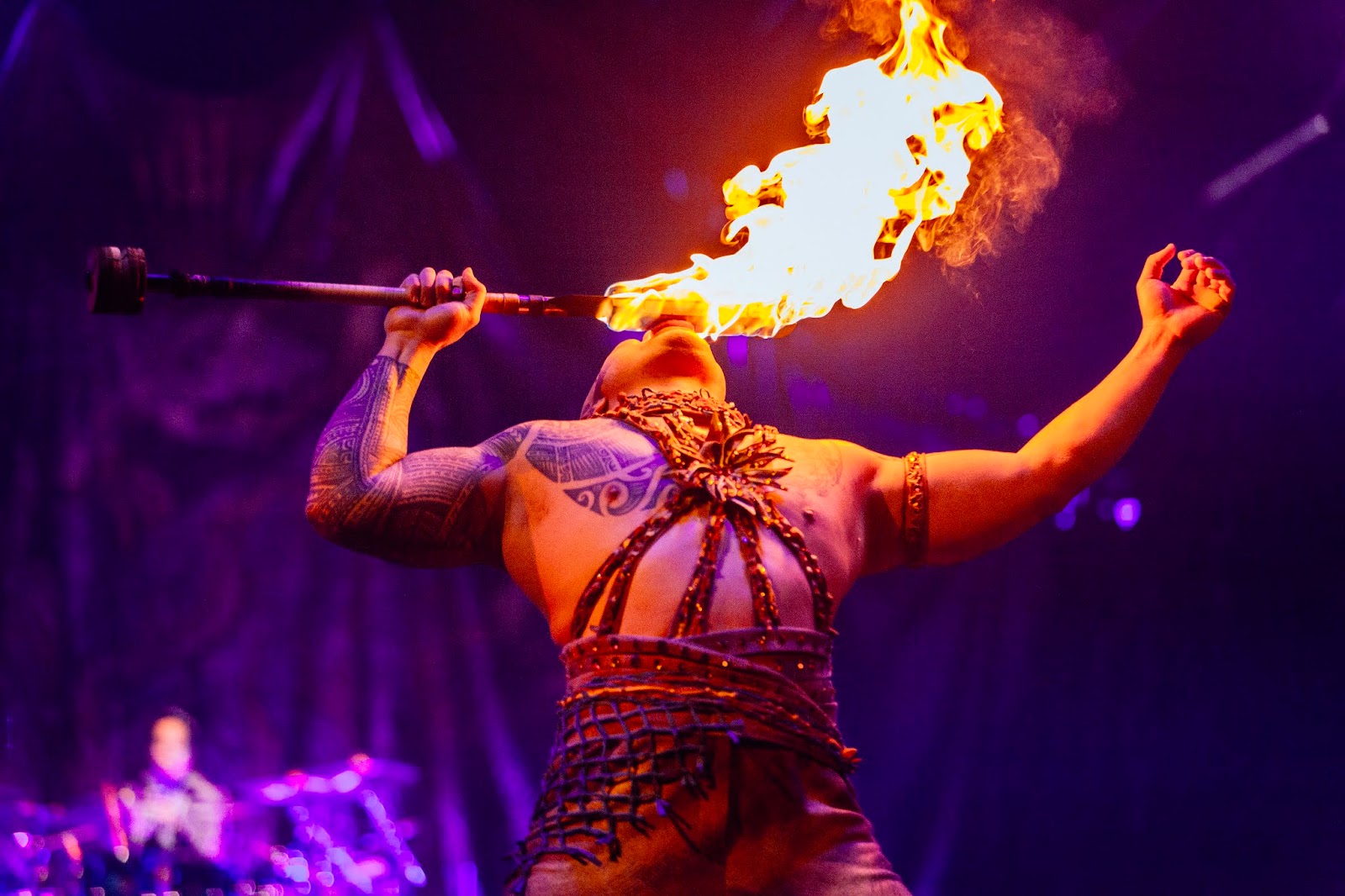 Alegria’s story-line wasn’t straightforward but Mr. Fleur (the ringleader) seemed to be manipulating the kingdom and characters with his magic stick, forcing them to perform in an attempt to gain power. I could be wrong but one thing I learned after seeing seven shows is to relax and just let it happen. Don’t try to make sense of the unusual scenes. It’s about giving in to the fantasy and letting your imagination run wild. 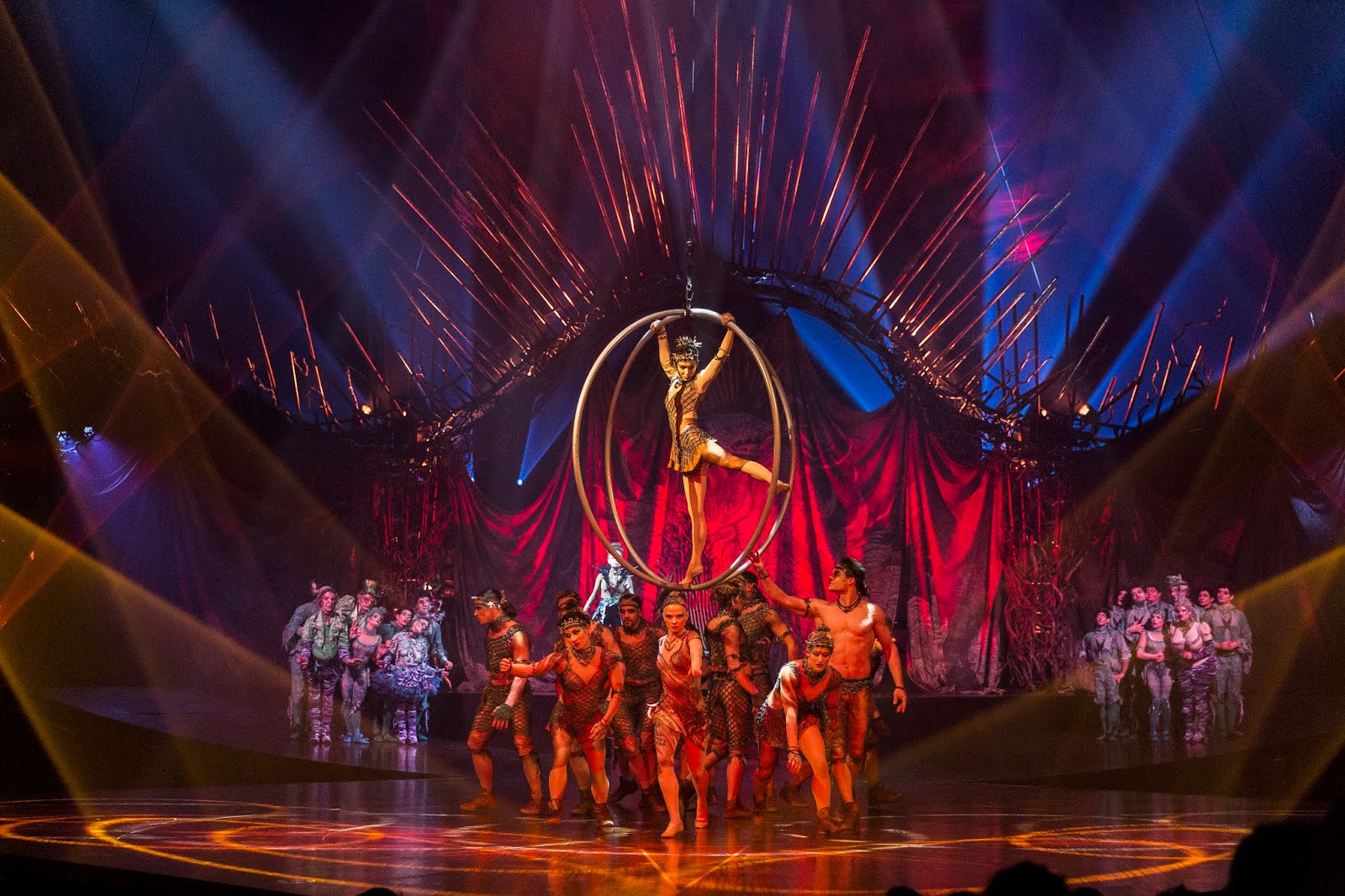 Alegria is fantastic for all ages and occasions. If you're looking for date night ideas or family fun, the show runs until November 24th and tickets are available at cirquedusoleil.com/alergia.
Posted by Erica D at 9:14 AM