Cruise on the Celebrity Century

One great thing about going on a cruise that departs from Miami is that you can plan your vacation to stay in Miami for a couple days before your cruise is set to embark. In this blog I will share some of the attractions I saw on my cruise to Jamaica and Cayman, as well as some of the things I did while in Miami.

South Beach: On most of our trips to Miami we spent a lot of time on South Beach. Here you can find lots of bars and restaurants, clubs and patios. It is a great place to have your meals and some restaurants (due to competition) gave us FREE drinks if we sat to have lunch. We also got FREE passes to a rooftop club just by being on the strip.
The beach is located across the street so you can  walk over and spend your time there, on warm days it is usually bustling with people. The adjoining streets consist of many hotels/motels and shops.
Note: I found that most of the hotels on South Beach were a bit run down, it seemed like many rooms had previously been occupied by varying groups of young adults who came to the strip to drink and party, so the rooms aren’t of the best quality. If you don’t mind staying in a room that is a bit run down  and outdated then you can opt to stay right on the strip; but for those of you who are like me and prefer to stay in a nice hotel with amenities you can opt to stay just outside of the area and rent a car to get around. We stayed at The Courtyard Hotel in Homestead; it was new, clean and offered an amazing breakfast, Internet service and heated pool.

This mall was great for shopping, it is located at: 11401 NW 12 St
Miami, FL 33172, United States. The mall had many great stores including Dave and Busters and a great bar/club that is open at night.

If you haven’t been to the Everglades and you like site seeing then the Florida Everglades is one of the most popular tourist attractions. We visited the wildlife park and walked through the exhibit right alongside dozens of fenced gators. Also included in our admission was a 30 min air boating tour through the everglades where our air boat took us out into the swamp lands and pulled up right alongside the huge gators; it also included an educational show about the everglades and alligators and at the end of the show you have the option to hold and take pictures with a baby gator. 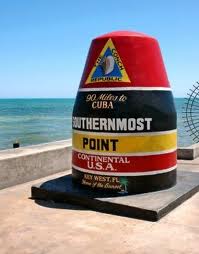 Key West:
Key West is about a 4 hour drive from the city but the drive and scenery along the way was beautiful. When we got to Key West we browsed the shops, went to the beach, and spent the night eating a Mexican feast on an outdoor patio. If you have time to visit it is definitely worth the drive.

The cruise: Celebrity Cruises, our ship: The Celebrity Century
Although the Century is the smallest ship in Celebrity’s fleet this ship had one of the BEST dining experiences I have had on a cruise thus far. The ship offered a huge buffet that included authentic foods from various cultures as well as a pasta and noodle bar which were wonderful. The dining room service was above and beyond my expectations and there was always something delectable to choose from.
The ship's entertainment was also very enjoyable, the comedian and adult comedy shows were hilarious, the night club was beautiful with panoramic views of the ocean and the gym was also equipped with the same spectacular view.
This ship had many features including clubs, lounges, bars, restaurants, a theatre, library, casino, shops, basketball court, pools, hot tubs, spa, table tennis, ice bar, pizzeria and much more.
They also had a fiesta deck party with Latin style food and music.

Georgetown Grand Cayman Island:
Since I have been to Cayman before I only went on the tour because the family I was with had never been there. We went to some of the main attractions that I visited on my honeymoon and which I posted in a previous blog. This time we spent most of our time on 7 Mile Beach and in town browsing the shops.


Ocho Rios Jamaica:
The ship first docked in Jamaica and instead of booking a shore excursion aboard the ship we  booked with one of the local tour guides at the port. The tour went through Fern Gully, an area of over grown vegetation that canopied the road and gave luscious views of the forested area.

We also stopped at a local pottery shop high in the hills of Ocho Rios where we purchased some authentic BLUE MOUNTAIN coffee.
We then proceeded to the famous Dunn’s River Falls and Park where you can go to the beach or choose to climb the falls. We also opted to do some jet skiing which we rented from vendors on the beach. There are also stalls at the river selling local fruits where we bought fresh coconut.
We spent the rest of our short visit to Jamaica touring the shops and sampling local foods. We had authentic jerk chicken with rice, chicken and beef patties and roasted peanuts which were the best peanuts I have ever had.


﻿
Overall our trip was wonderful, however I prefer the longer cruises (one week or longer) because the 5 day cruises have fewer stops and your vacation is more enjoyable when you get to see more islands on a longer itinerary. I also found that since Cayman is a small island the length of time the cruise stopped was sufficient but Jamaica is a larger island with a lot more to see and do, thus we felt that the length of the stop was insufficient. Even though this was my third trip to Jamaica I prefer staying for an entire week at a resort.