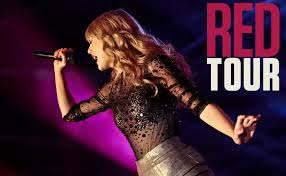 Hi everyone,
I hope you are all having a lovely weekend thus far. I had a wonderful time downtown with my sister yesterday and a fun time at Taylor Swift's concert.

We began the day by having lunch at Younge and Dundas Square on a rooftop patio. Dundas Square in Toronto is in front of the Eaton Centre-(a big shopping mall) where there are live performances and free concerts. In fact today Ludacris is set to do a free concert there. The square was rather busy later on in the evening as the Much Music Video Awards are tonight and many people are in town. Taylor Swift will be at the awards show  as well since she is nominated.

We had a nice lunch at Jack Astors, lots of yummy junk food to commemorate the day. 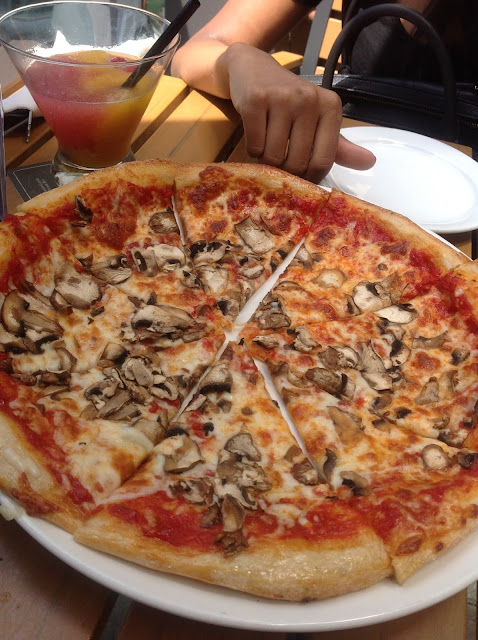 And it isn't a celebration without a mango, strawberry twist with an extra shot 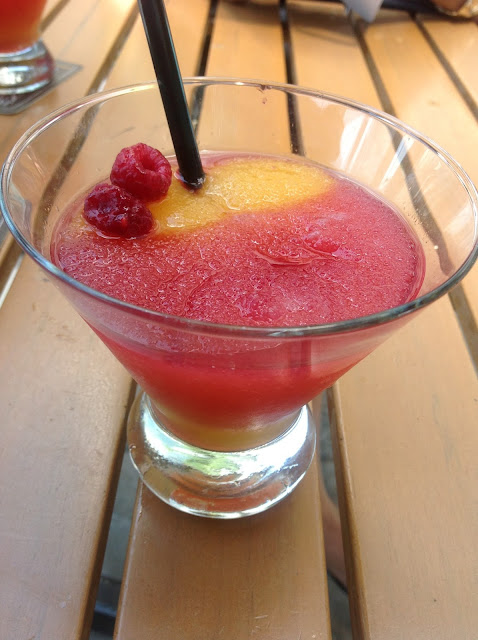 Then we headed over to the mall to do a little shopping before the show
After that we headed over to the Rogers Centre formerly known to Torontonians as the iconic Sky Dome
Taylor did 2 concerts while in town and our show sold out in about 10 mins! There were 45,000 Taylor Swift fans in the stadium last night. We didn't get great seats but we were lucky to even get seats considering the rush at the box office. 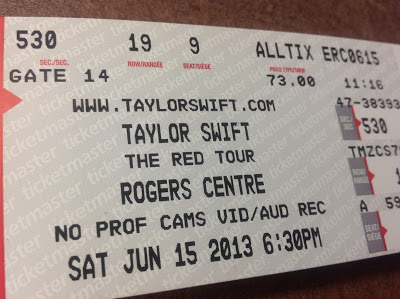 Sadly we didn't get any good shots of Taylor because the lights in the stadium illuminated the stage so much that in the photos it looked like a ball of white light. But the concert was fantastic! In fact it was one of the best concerts I have been to.

Her show resembled her music videos in that it was full of theatrics and each song told a story which she acted out accordingly. She sang all of her songs instead of using the background audio to do most of the work like many performers do and she did a lot more dancing than I expected.

One of the best parts about the concerts was how much of a performance it was. The show had circus dancers and even a beautiful carousel, a magician theme, lots of lights, fireworks and special effects. In-between sets she had a violinist, ballet dancers and musicians, so the audience was never bored. She also had some beautiful costumes.

Taylor was also very interactive with the crowd. She walked the length of the audience singing to her fans and even had a stage at the back of the arena so that those of us who couldn't score better seats when the mad dash for tickets occurred were able to get a bit closer to her. She also explained what her songs and the tour was about and what they mean to her, so the concert felt very personal. 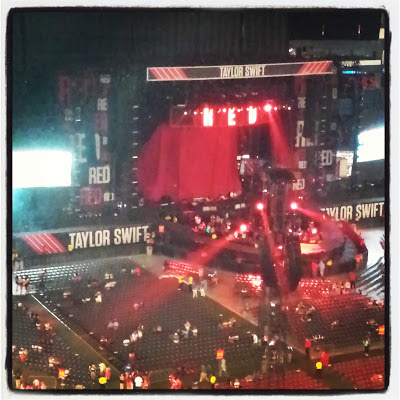 It was definitely  a great day. What did you do this weekend?
Posted by Erica D at 12:31 AM