The Eiffel Tower is one of the most visited monuments in the world. After seeing the tower in many photos throughout my life and seeing it in person I can say firsthand that the photos do not do it justice. The tower which is surrounded by the gardens, streets and fountains is a majestic and beautiful tribute to the history of the city. I was shocked at just how large it was and walking under the base while munching on a delicious fresh crepe was a dream come true.

The area around the tower was bustling with tourists, street performers and tasty treats. As my family and I sat basking in the ambiance of the tower while having a drink and watching the sun go down we felt surprisingly at home.

The Eiffel Tower located in Champ de Mars is 324 meters high and was the highest monument in the world for 47 years! (Wikipedia). Gustav Eiffel, the mastermind behind the tower actually built a room in what is now the observation deck for him and his daughter. He also used the room to host parties!

Since we stayed a 3 min walk away from the tower I was a bit obsessed with it so I decided to dedicate an entire post to this attraction. 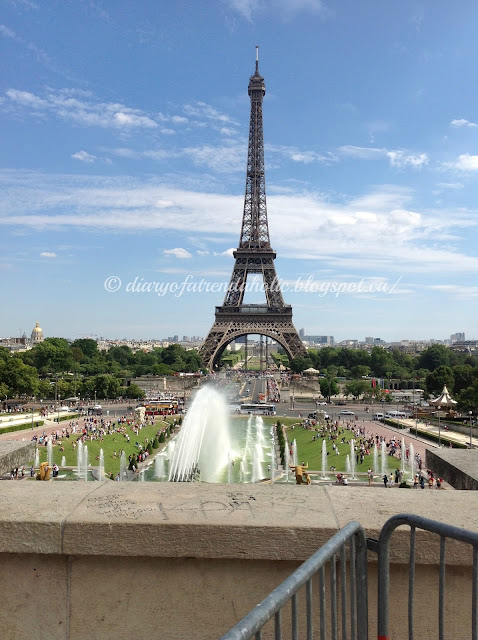 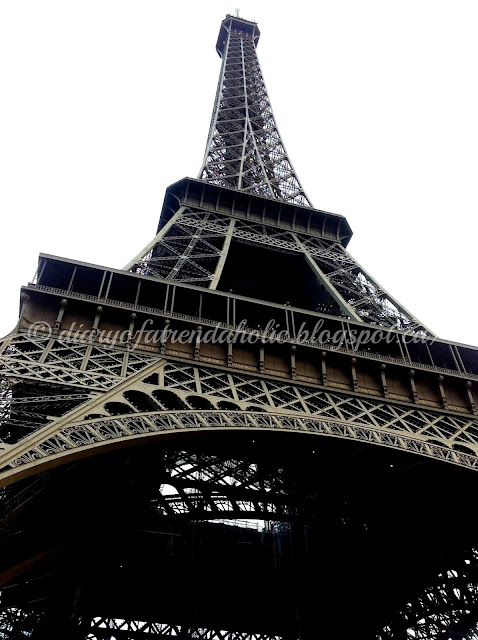 The tower in the glow of the sun 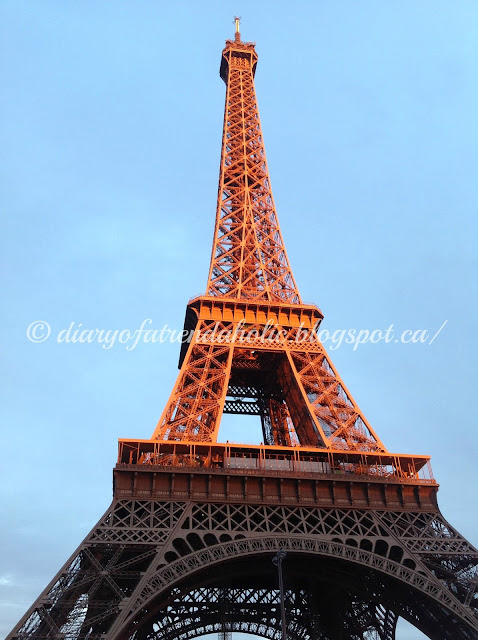 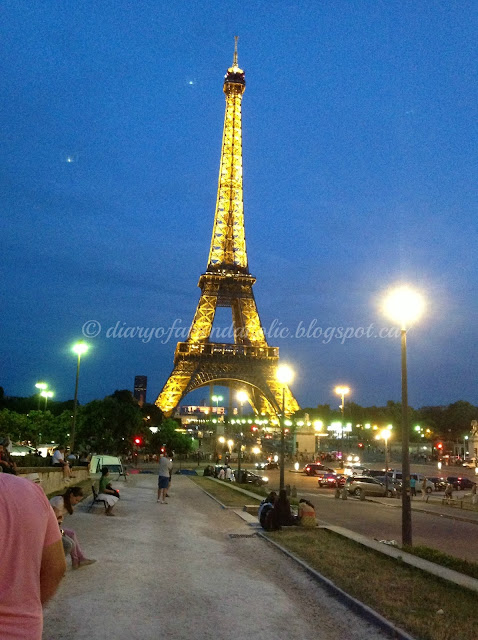 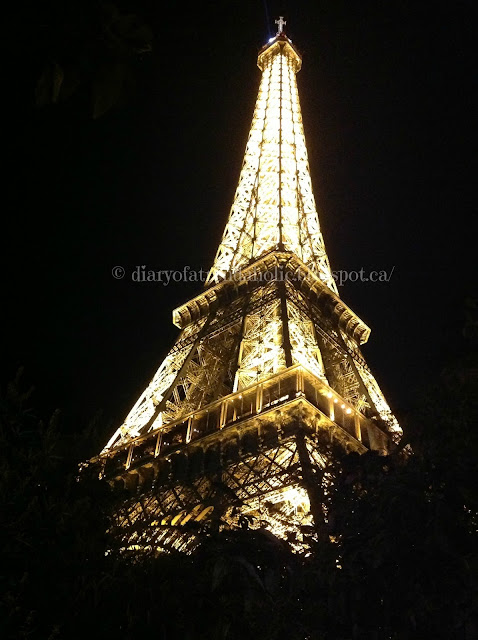 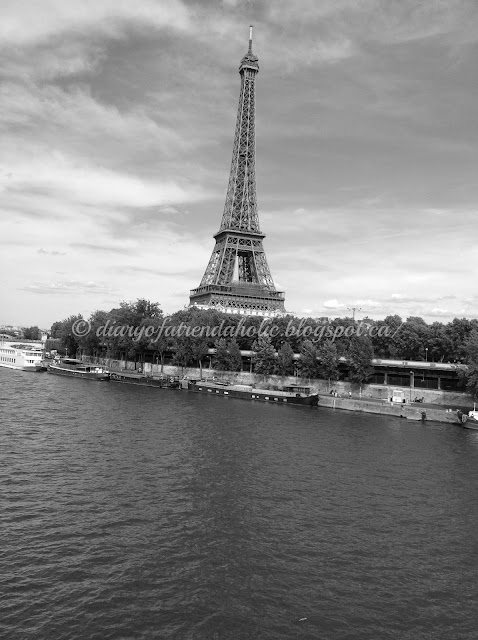 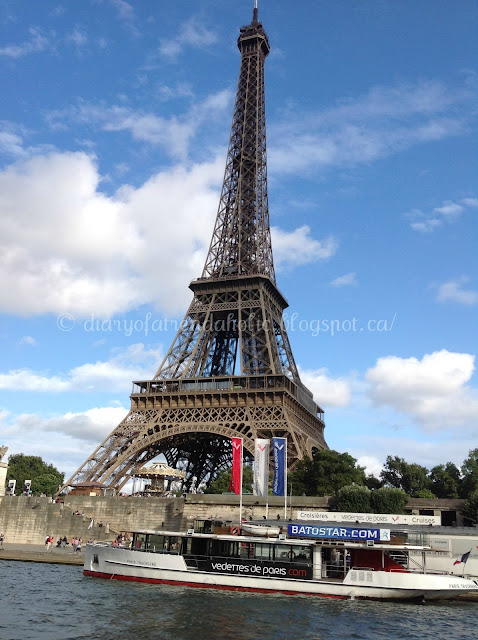 View from the top:
I loved admiring the tower from afar but while on the tower's observation deck I got to admire the entire city. Paris is truly beautiful, you can see that the buildings go on for miles and the city looks thoughtfully designed. 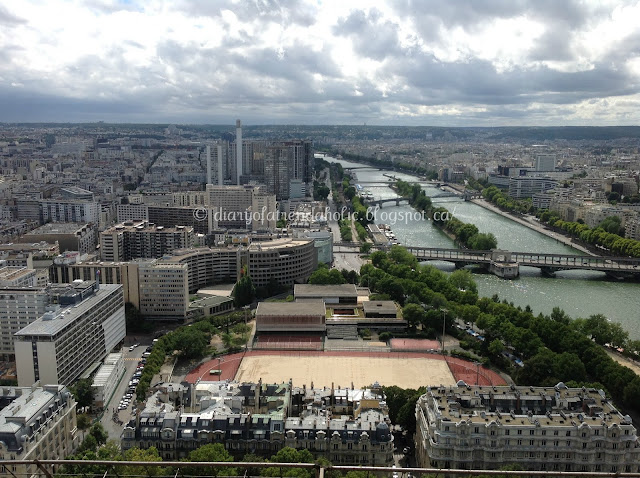 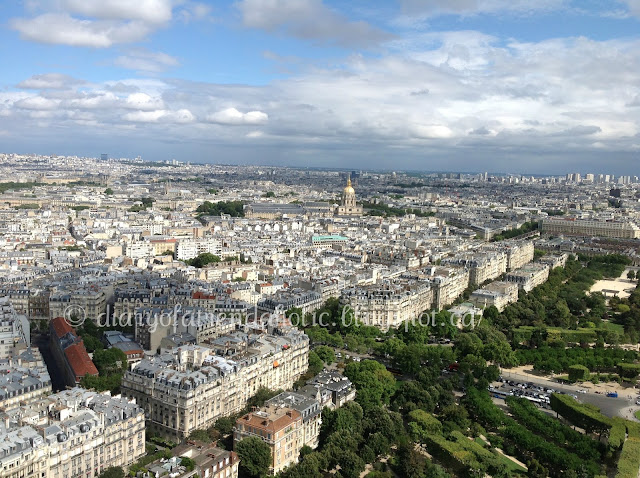 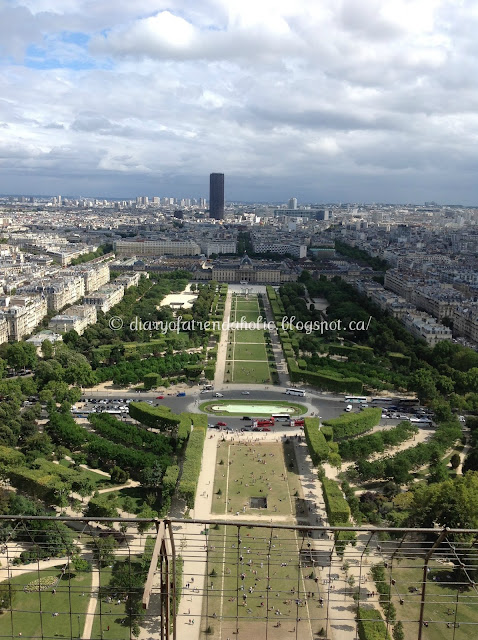 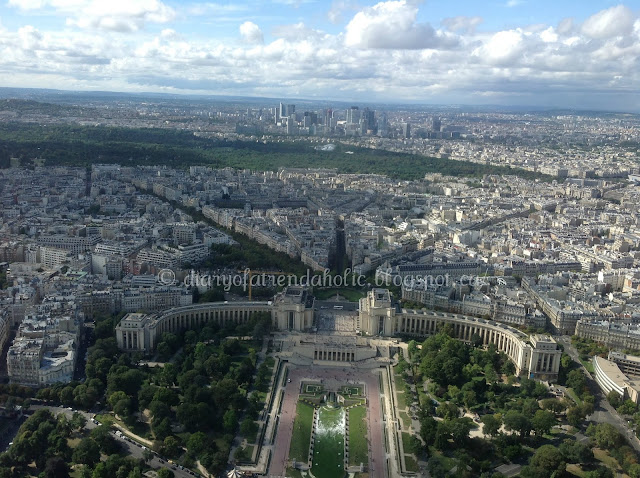 Things to know when visiting the Eiffel Tower:
None of the attraction passes allows you entry into the Eiffel Tower. Tickets can be purchased  in advanced but it is not required. The lines are usually quite long so buying tickets in advance will allow you to bypass the ticket line but not the entrance line.

I found all the different lines to be a bit unorganized and confusing. There are 4-5 different lines and no one is directing people where to go. Many of the attendants were not bilingual so they were not very much help. The tower is wonderful but very crowded when you get to the top. There are many intersecting lineups on the observation decks and people pushing to get up or down so I would suggest going early in the morning.

I also recommend visiting the observation decks on a clear sunny day if you can, this way you have a clear view of the city below and get the best photos. You can also go up during the night if you wish to.

At 11pm and 12pm the tower has a twinkling light show which is beautiful! I would suggest trying to be there around that time to see it.

There is a fine dining restaurant located on the first deck of the tower. I suggest you to make reservations if you would like to dine there.

Pick pocketing is a very big problem around and at the top of the tower. There are signs everywhere asking you to be vigilant but I would advise that you do not take valuables with you when visiting especially documents like passports. Keep your bags in front of you and avoid taking backpacks.

There are 2 observations decks to the tower, floor 2 and the top. The price to visit the second floor is €8.50 and to go all the way up it is another €6. I would definitely recommend going to the very top observation deck when you visit Paris because the view is breathtaking!
Posted by Erica D at 6:28 AM