Last week I attended the opening performance of Crystal by Cirque du Soleil. Although it was my fourth show, there is always something new and exciting to look forward to. I’ve experienced the vibrant colors of Mexico in Luzia, the thrilling world of extreme sports in Volta and I will never forget the death-defying stunts of Saltimbanco. 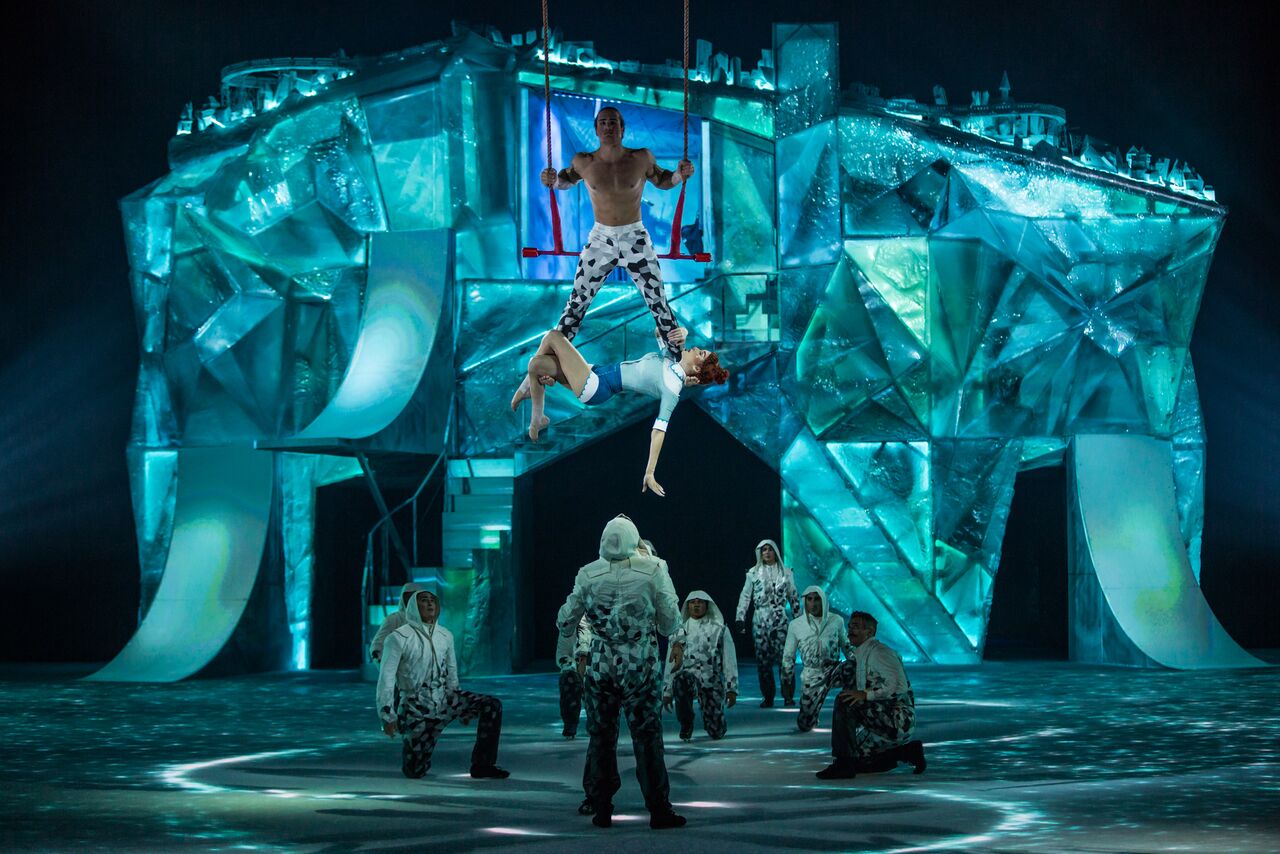 The FirstOntario Centre in Hamilton lacks the traditional tent setting that helps set the mood for a night at the circus but once the show begins, everything around you seems to melt away.

As guests take their seats, a silly clown interacts with the audience and starts a hilarious snowball fight which was a fun escape from the warm weather.

The tale unfolds on a frozen playground of ice, combining high-speed skating with thrilling acrobatics. An artistic young woman named Crystal is desperate to escape the constraints of daily life and unleash her creativity. Unable to fit in or conform to societal norms, she runs away from home and ventures onto a frozen pond where she plunges into a parallel universe. In the fantasy she meets her alter-ego who is carefree and spontaneous - leading Crystal on a journey of self-discovery where she learns to write her own destiny. 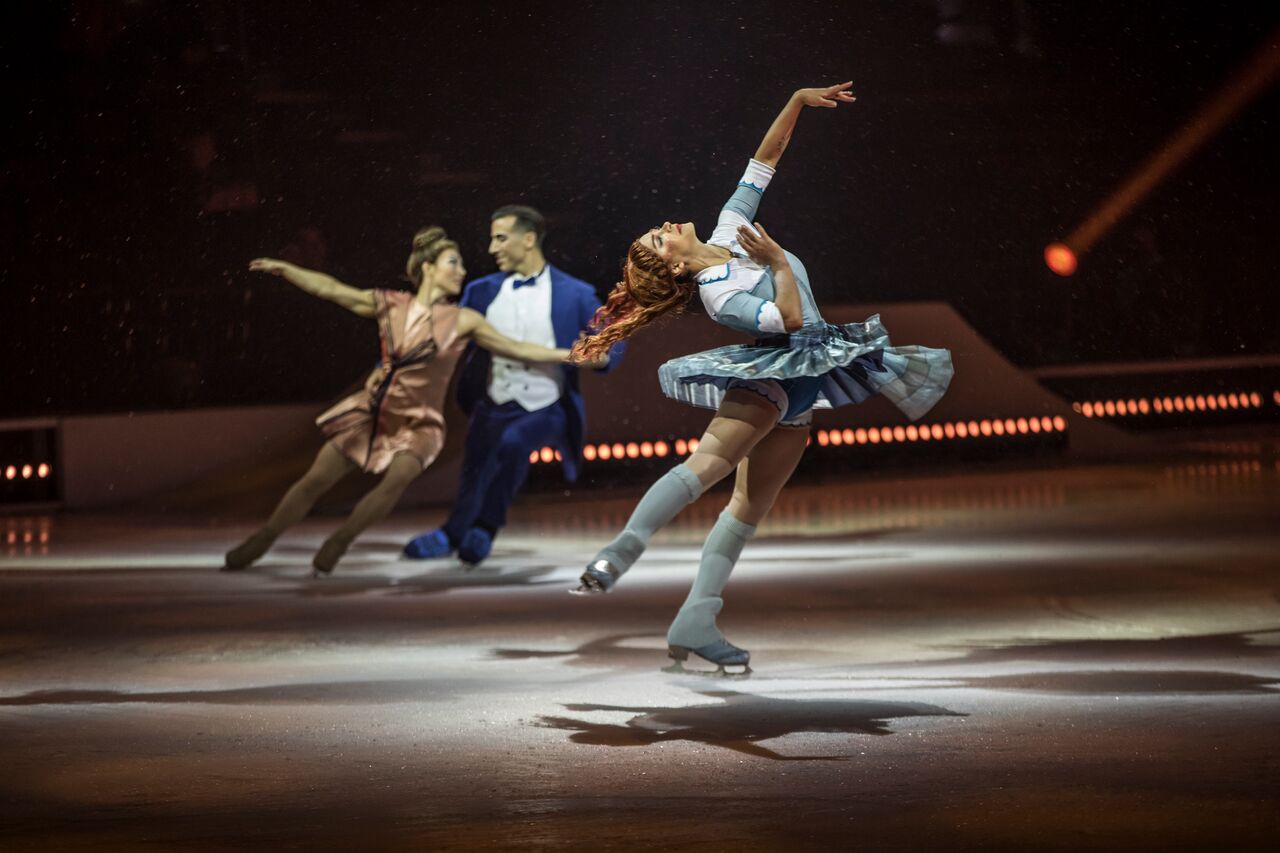 The skating reminded me of a typical ice dance show and although it wasn’t on-par with Olympic standards (you won’t see many triple axels), I enjoyed watching the characters slide down skateboard-like ramps and complete fast-paced spins, back flips and lifts.

The first half of the show didn’t really showcase the daring acrobatics and “wow moments” you’d expect from Cirque du Soleil and despite the mediocre mime comedy that dragged on a bit too long, there were some phenomenal stunts. I particularly liked the sequence featuring Crystal soaring high above head on a giant swing and the twists, jumps and flips in the spontaneous hockey game. Juggling is also part of the show (as it often is) but I think this classic act needs to be upgraded or retired all-together. 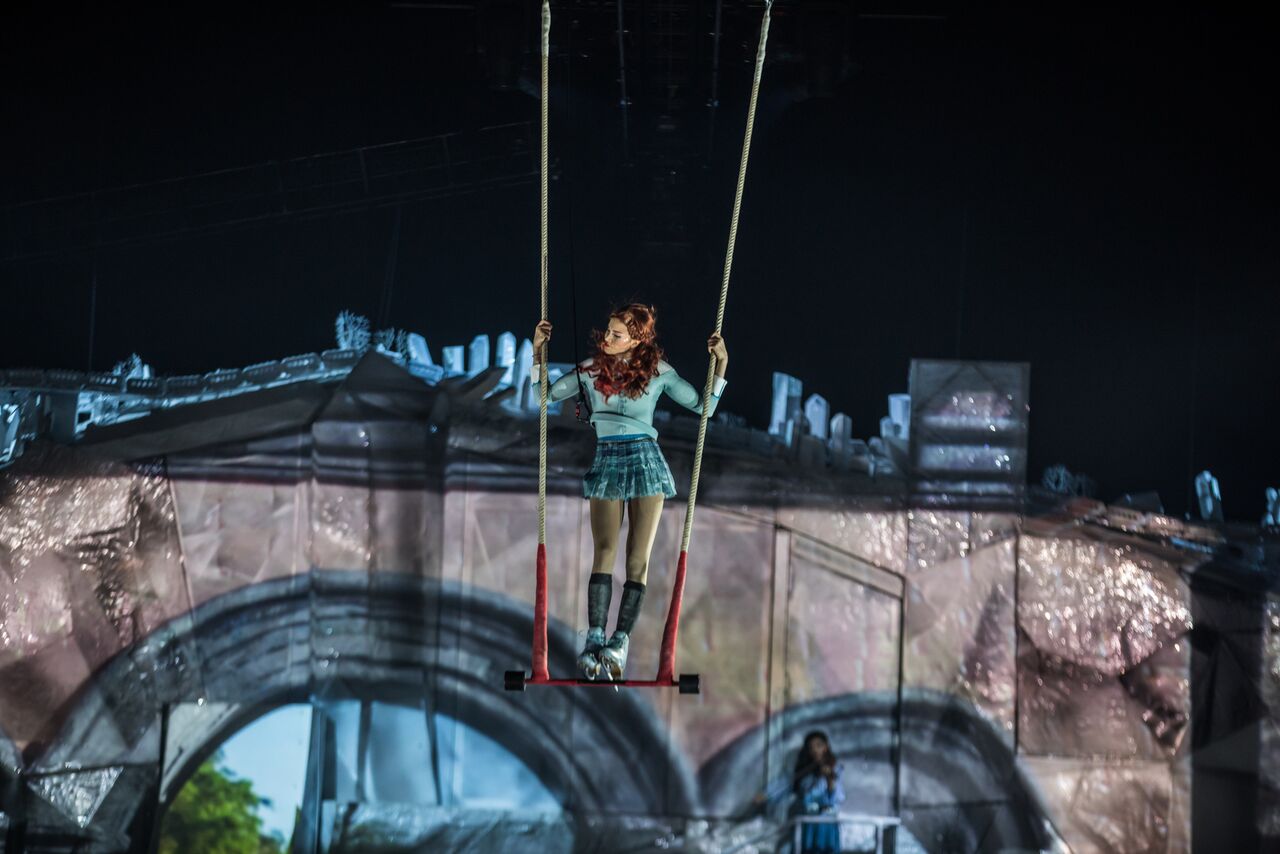 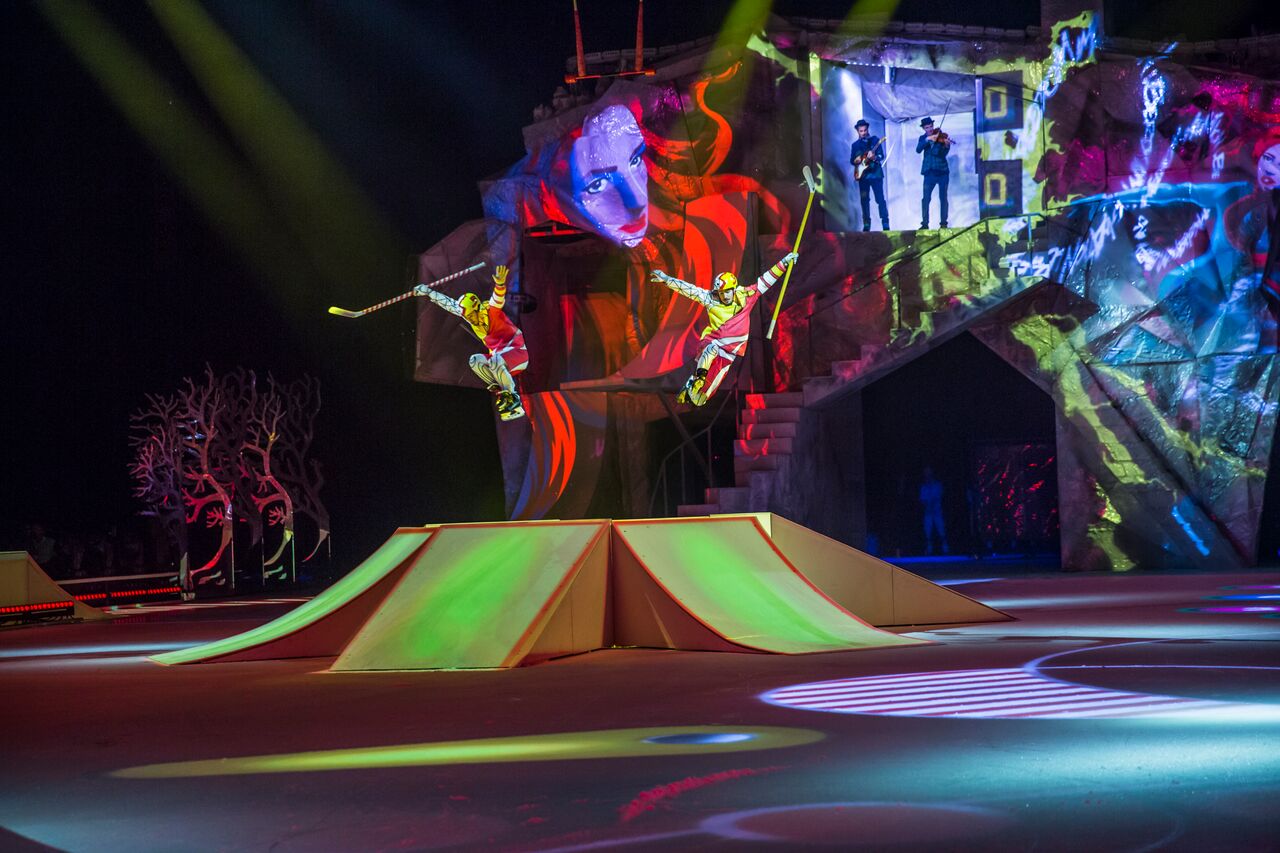 Surprisingly, much of the music was pre-recorded (I expected live singers) but the upbeat pop music from Sia was well coordinated and the talented little band definitely added intrigue to the visuals.

In the second half of the show, the story gains momentum. The jaw-dropping balancing sequence on teetering chairs will leave you speechless and the actors exhibit incredible strength while climbing and flipping off of perpendicular poles that precariously sway back and forth. 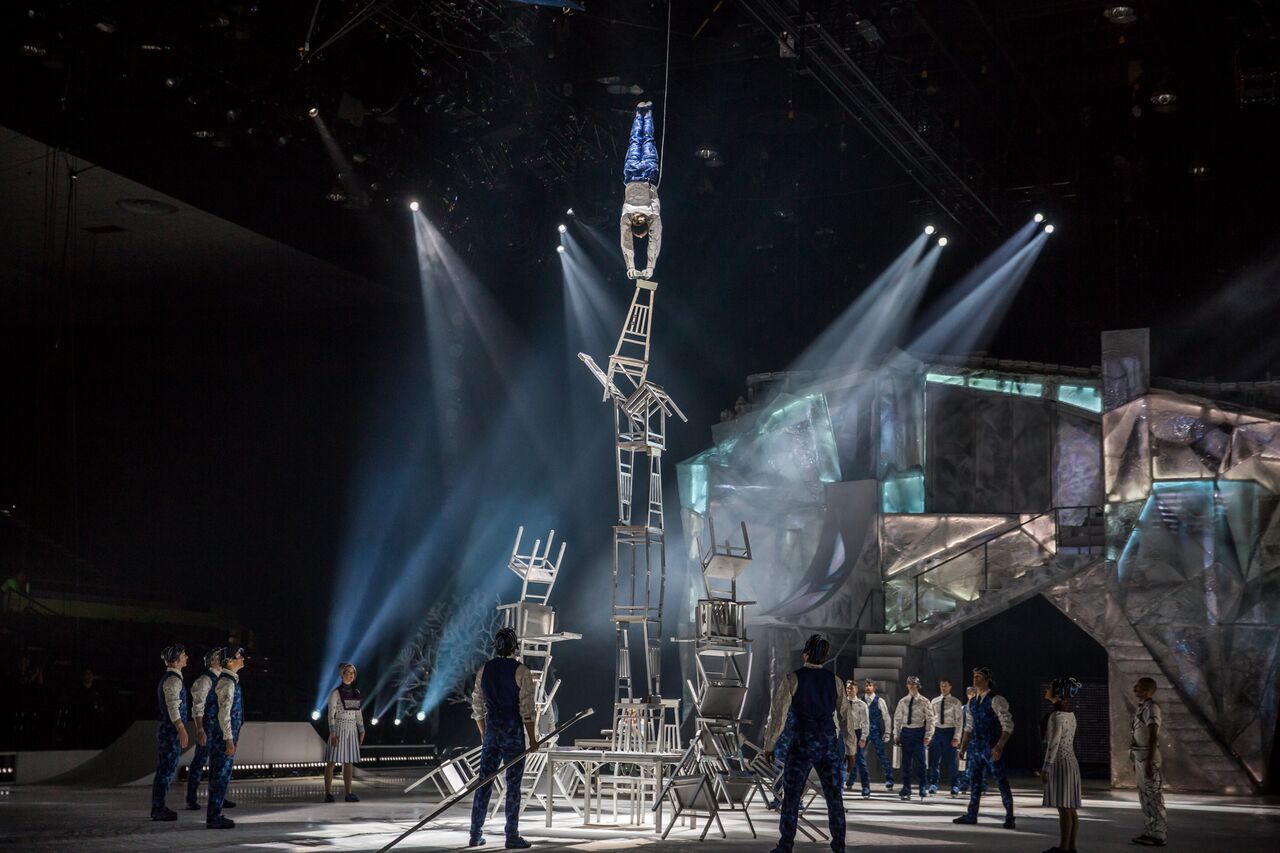 I also liked the graceful aerial acrobatics of the ballroom scene where Crystal’s suitor whisks her off her feet and rises into the sky - flipping and twirling in a blur of astounding gymnastics. 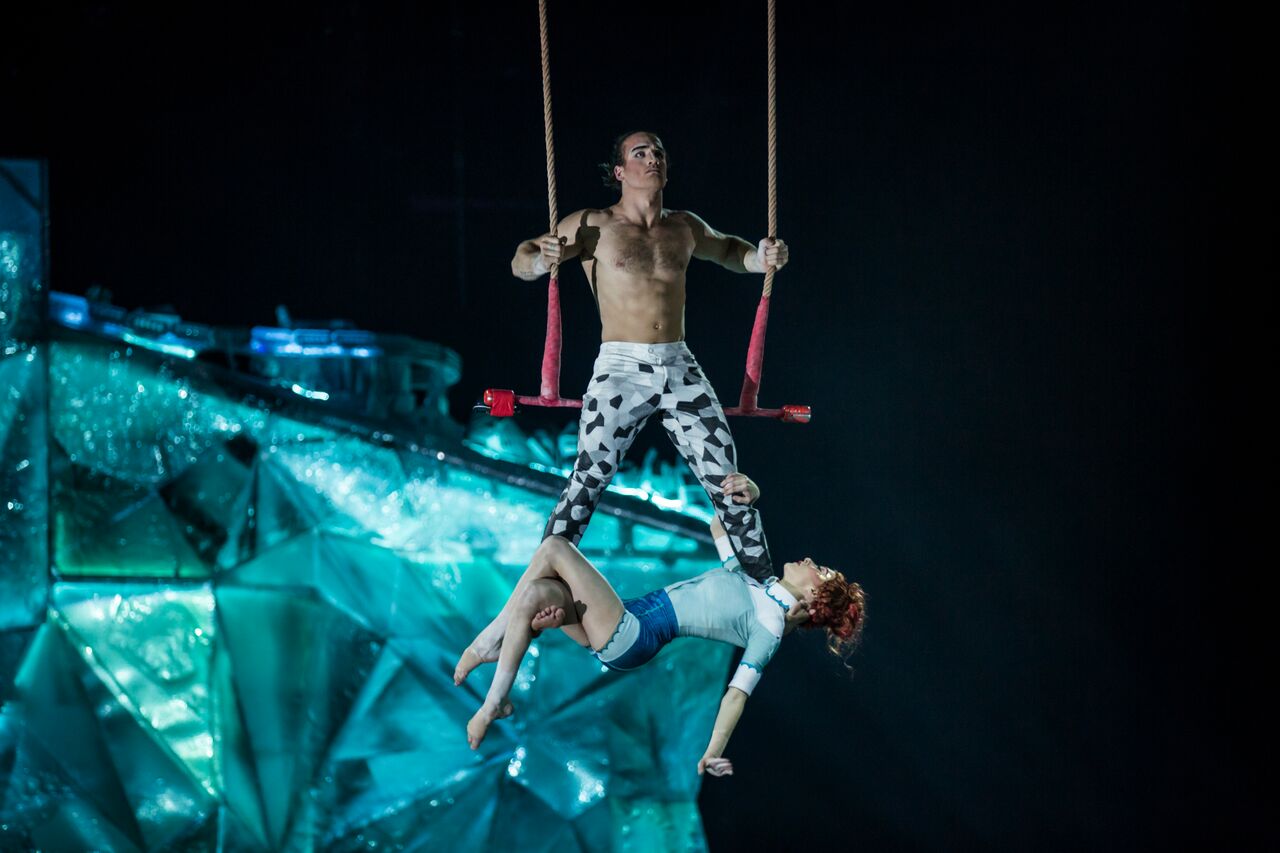 There is a lot to take in as her dream begins to incorporate dance and hand-to hand trapeze amidst a mesmerizing light show. I have no idea how the artists manage to pull off superhuman stunts while wearing ice skates but somehow they make it look effortless. 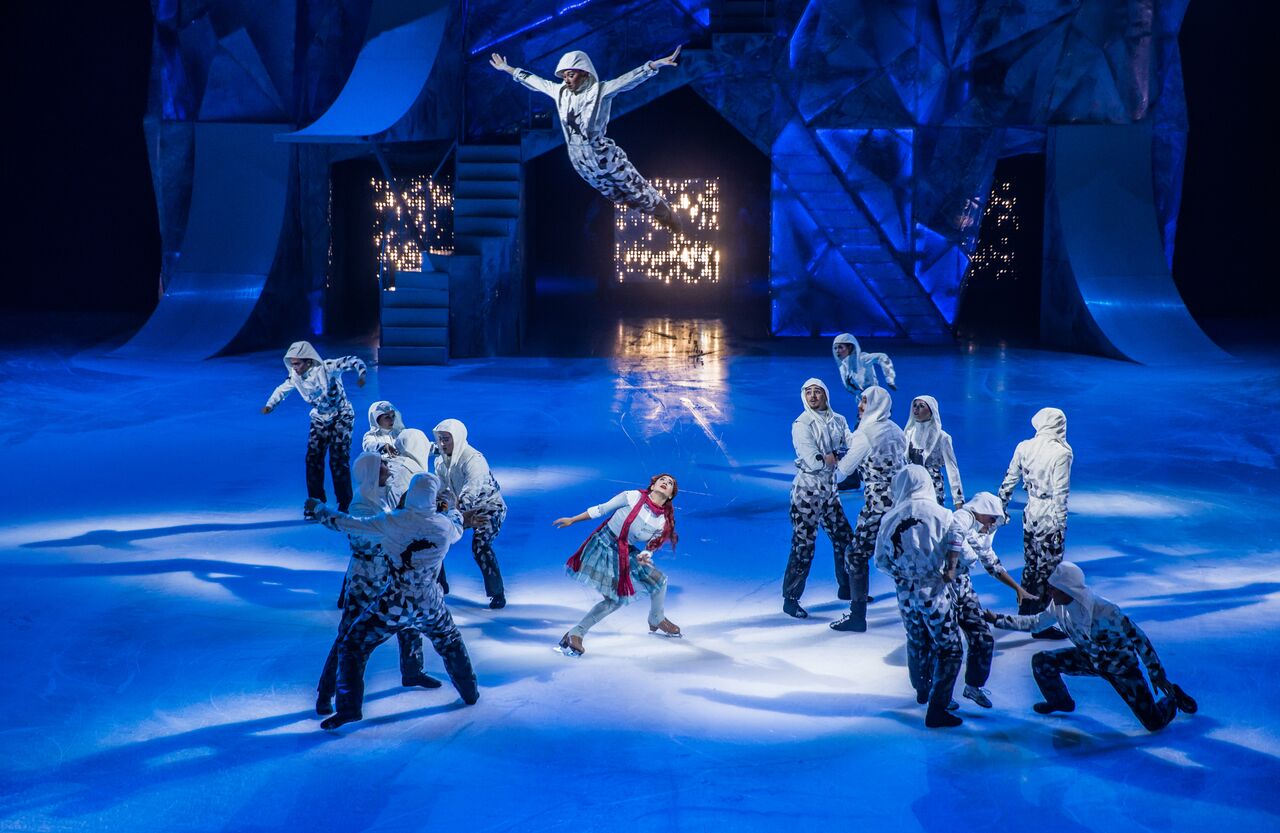 Since the stage is and ice rink, there weren't many set changes except for projections on the mountain and movable equipment, but there are spectacular feats of bravery that will impress the whole family.

The artistic direction was quite ambitious and unlike any of Cirque's previous productions. If you’re looking for something unique to do this summer Crystal definitely entertains, just remember to bring a sweater because the auditorium is quite cool. 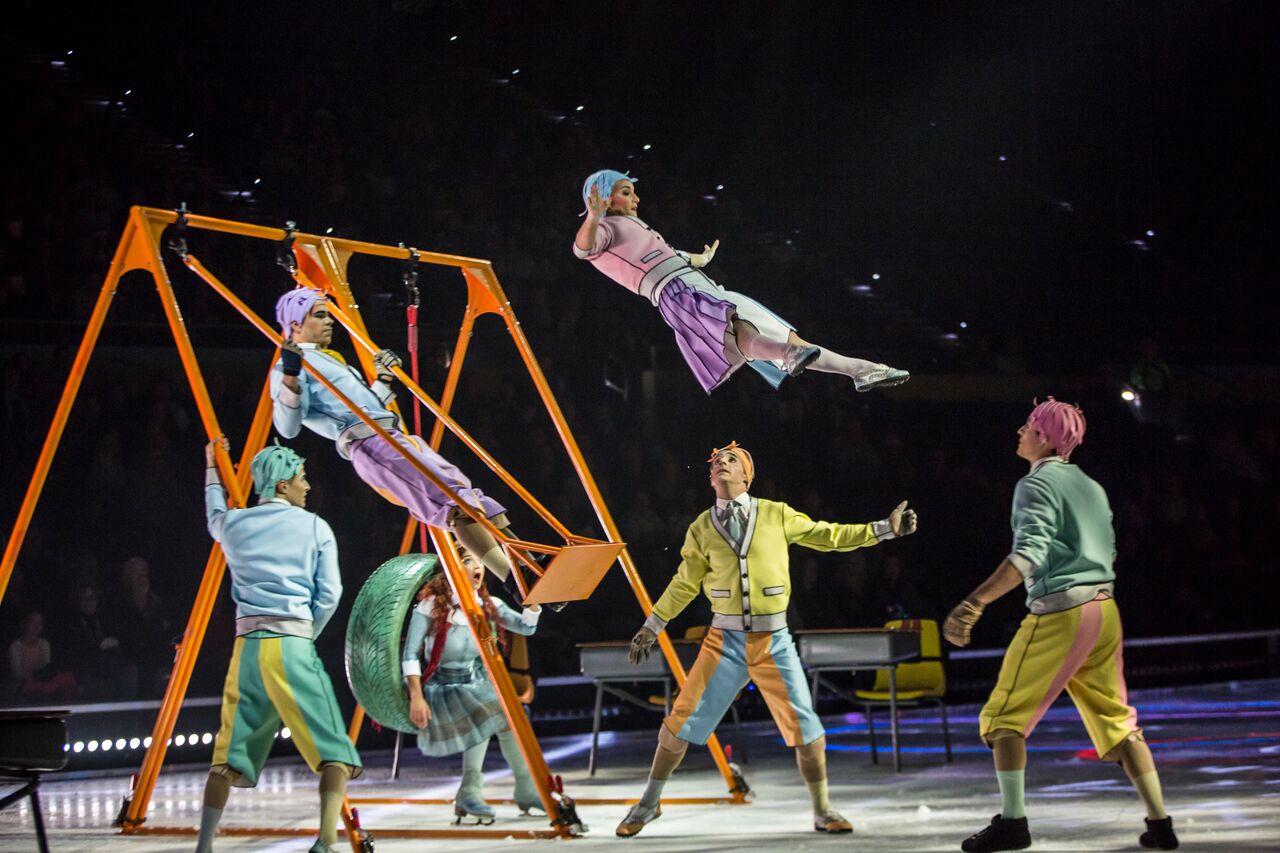